The Breath is Manchester-based guitarist Stuart McCallumand singer/flautist Ríoghnach Connolly. They met on the city’s gig circuit in the late noughties. An unlikely pairing though it was, he an acclaimed guitarwhiz, ex long-time member of The Cinematic Orchestra and a softly spoken Manchester urbanite, she a folk singerwith a larger-than-life personality and a powerful voice to match. Their connection was immediate; they formed The Breath in 2016,a singer-songwriter duo to present their contemporary take on alt-folk.

For them, it’s all about the song.Connolly is a storyteller and their exquisitely crafted, honest, personal, heartfelt songs are as likely to touch on childhood summers and first love as cultural dislocation, post-colonialinjustices and grief. But it’s Ríoghnach’s impassioneddelivery and extraordinary stop-you-in-your-tracksvoice, coupled with Stuart'sunderstated brilliancethat is so engaging.

Their breakthrough album, ‘Carry Your Kin’(2016)delved deeply into the spaces between rock, ambient and Irish folk, where layered vocals, mesmerising guitar riffs and expansive folk arrangements created a big sound. ‘Let the Cards Fall’followed in 2018, and, like the first, was recorded with a full band granting a multi-textured kaleidoscope of sound with a cinematic sensibility.

References to Celtic history and cultural loss are woven into a bewitching collection of songs that span beguiling ballads and punch-the-air anthems.In support of the release, Stuart and Ríoghnachperformed a series of shows –just the two of them. Stripped bare, they found a new depth and beauty in their songs allowing their extraordinary connection to shine through.

The duo returned to the studio in 2019 to record ‘Only Stories (Let the Cards Fall Revisited)’reimagining previous work (alongside two new songs) taking it back to its acoustic roots.

This new direction would see Ríoghnach Connollyreceive an RTÉ Folk Award nomination for Best Folk Singerand win Folk Singer Of The Yearat the2019BBC R2 Folk Awards for which the duo were also nominated as Best Duo/Group.

During the pandemic of 2020/2021, The Breath returned to the studio to record a set of songs in remembrance of American lost folk icon, Karen Dalton. In the spring of 2021, they released a two-track single, ‘Something On Your Mind’ and original song, ‘Remembering Mountains’.

They release their third studio album on Real World Records in 2023.

"Quietly, inexorably, The Breath have become one of the most exciting folk acts... Only Stories... an acoustic recording that unfolds like a paper flower" - The Financial Times

Spacious, nuanced and skilfully crafted... songs performed here are all the more affecting for their simplicity. (‘Only Stories’) has a quiet, shimmering beauty... a treasure. - Evening Standard

“Ríoghnach Connolly, a truly fabulous singer... just one of the most intoxicating voices anywhere”BBC R2:The Folk Show with Mark Radcliffe

“Let It Calm You Down’... was my favourite original ballad of the year, Ríoghnach Connolly’s voice as tender as the grasp of a child’s hand”The Guardian, 2018’s Best Folk Albums 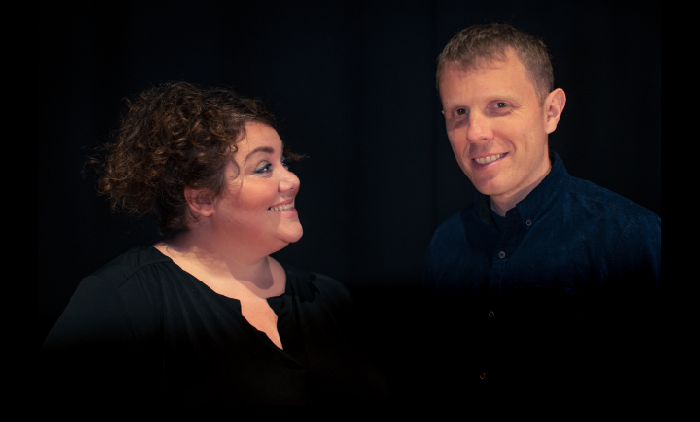