SHOOKRAH are a 5-piece outfit from Cork, serving fresh helpings of synth-grooves, interruptive hooks and dystopian romance-themed songs. Their sound sits somewhere between neo-soul and the emerging schools of R&B/Soul that define themselves as ‘Future Soul’. Influences include the likes of Hiatus Kaiyote, Solange, Thundercat, Anderson .Paak and The Internet. Advancing from accolade to accolade (awarded 'Best Irish Band of 2017' and '50 People to watch in 2018' by The Irish Times), Shookrah are positioning themselves as important pioneers in the blossoming urban music scene in Ireland with their debut album set for release this summer 2019.

Holding true to the predicted successes for 2018, Shookrah kept their foot on the pedal, releasing two contrasting singles ‘Don’t Wanna Doubt You’ and ‘Flex’ last year. These tracks were accompanied by slick self shot and produced videos. ‘DWDY’ is an upbeat “love-instruction set to music”, while ‘Flex’ flits between oozing 90’s R&B-esque bass and sultry vocals before erupting into a melismatic anthem “Time to flex babe” in a modern electronic big-band style. Both tracks were recorded with Brendan Fennessy (of O Emperor), the most recent of which was mixed by Michael Heffernan, produced by Emmet O’Riabhaigh and Diarmait Mac Carthaigh and mastered by April Golden.

The Cork/Dublin ensemble is made up of Senita Appiakorang (lead vocals), Emmet O'Riabhaigh (drums), Daniel Coughlan (guitar), Diarmait Mac Carthaigh (keyboard) and Brian Dunlea (bass guitar), all of whom have grown up with their own personal connection to music and creativity. 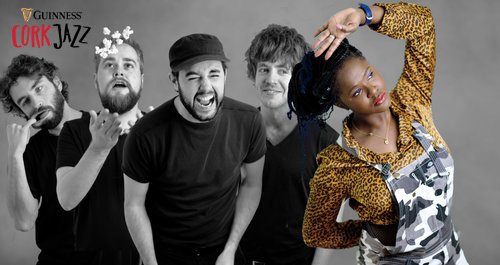