Lemoncello are Laura Quirke and Claire Kinsella; two Irish musicians, from Carlow and Donegal respectively, who became friends while studying at Maynooth University, near Dublin. They make music together using four fundamental ingredients — a guitar, a cello and two voices.

While bonding as students over discussion of musical intricacies; the power of particular chord progressions, the challenge of emotional vulnerability and humour in lyric-writing, Laura shared her songs with Claire, and soon they were playing at ‘The Loft’, a nurturing open-mic in Maynooth, Claire’s cello forming a natural partnership with Laura’s guitar.

Some years and many gigs later, both their friendship and their art have flourished. Laura and Claire share a love of playful experimentation. They delicately rework folk patterns with an existential eye, taking inspiration from classic lyricists of the 20th century and contemporary artists of the thriving Irish music scene that surrounds them. Each song is oddly familiar, luring the listener into a world they have made uniquely their own. Thoughtful observations of human nature and the modern world complete the intoxicating concoction, coming in as waves on the sea of subtle instrumentation that, to take a line from their song Mantlepiece, leave you resting like ‘a pebble deposited on the beach’.

Collaboration with friends has been a recurring motif in Lemoncello’s story and greatly important for the duo’s development. They have worked with many Irish artists such as Hatchlings, Alannah Thornburgh (Alfi), Myles O’ Reilly, David Keenan, Junior Brother and Gareth Quinn Redmond.

In 2018 Lemoncello successfully crowd-funded their EP, Stuck Upon The Staircase. Since then they have made appearances on Irish and UK TV and radio. The pair appeared at numerous festivals in the same year, including Other Voices and Body and Soul.

Maija Sofia is a singer and writer from rural Co. Galway but currently based in Dublin. Her songs take influence from a folkloric style of storytelling and blend disarming poetic vulnerability with a ruthless, anarchic backbone. She has performed at numerous festivals across Ireland and the UK and has played support to Joan As Police Woman, Mick Flannery, Julien Baker, Efrim Menuck (Godspeed You! Black Emperor & Thee Silver Mt Zion), Brigid Mae Power and Adrian Crowley amongst others. After a string of acclaimed singles, her highly anticipated debut album 'Bath Time', already garnering 10/10 reviews, will be released on 22 November 2019 via Trapped Animal records. 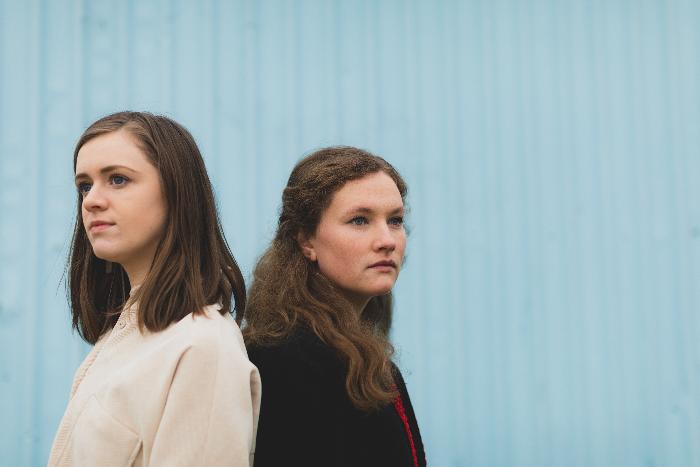