Country, Music, the new album from Ontario’s Joey Wright, is a musical meeting of the minds of some of folk and pop’smost respected musicians. In the fall of 2016, Joey was invited by his country neighbour and friend, Jonas Bonetta (Evening Hymns) to come to his studio Port William Sound in Mountain Grove, Ontario, to start recording some of Joey’s new music and songs in progress. These early sessions ended up becoming the bedrock of what is now the compelling and sonically rich album, Country, Music.

Along with the recording prowess and musical contribution of Jonas, Joey also reached out to many of his musical contemporaries and friends to add to the magic that is this collection of songs: Amy Millan and Jenny Whiteley both sing on the record, Evan Cranley and Pat McGee of the band Stars are the central rhythm section, joined on several tracks by the horn section from “the Montreal sessions”: Evan Cranley, Chris Seligman and R.J. Frizzell. Bringing yet more beauty and inspiration to the album, Joey is joined by steel guitar bosses Christine Bougie and Burke Carroll. Rounding out the impressive cast of characters are Julien Brown (bass), Mike Brushey (drums) and Aaron Comeau (piano, organ, bass).

Growing up in Toronto, Joey began his musical journey by sneaking in to iconic clubs like Chicago’s and Grossman’s Tavern, underage, to see guitar luminaries like Jeff Healey, Madagascar Slim and David Wilcox. Joey recounts: “When I first saw those great players in bars in Toronto it shocked me. Music had always seemed like magic to me and that everything I’d heard to that point was played by a type of super hero. When I saw that people could make similar sounds to the ones I was hearing on record I was changed forever and knew then what I wanted to do.”

“ Having older siblings was great for my musical exposure too…by the time I was thirteen I knew albums by Neil Young, Bob Dylan and Cat Stevens. At the same time, I was being exposed to jazz greats through my father’s love of 50s and 60s jazz…his massive collection of piano greats like Art Tatum, Fats Waller and Oscar Peterson… looking back now I feel lucky to have been exposed to such a wealth of music.”

As a natural progression of Joey’s guitar obsession, he discovered the music of Doc Watson. This new favourite, led him, on a whim, to MerleFest in North Carolina in 1993. “This was another massively formative experience. Bluegrass was still a pretty small scene back then. I was exposed to so many pillars of that music. People who would become some of my musical heroes…that weekend I saw Ralph Stanley and the Clinch Mountain Boys, the Tony Rice Unit, John Hartford, The Seldom Scene, Bela Fleck, Sam Bush, Mark O’Connor, Stuart Duncan… I was truly floored that music that amazing could have evaded me until then. I think I still continue to learn that lesson to some extent.”

Inspired by all of his musical discoveries, Joey became an integral part of the burgeoning bluegrass, old time and traditional country scene in Toronto in the late 90’s. This artistic explosion spawned many talented and eager players: Heartbreak Hill, Chris Coole, High Lonesome Wednesdays, Dan Whiteley, Chris Quinn, John Showman, Marc Roy and heaps of others were all intermingling to create the scene that has become one of the richest in the land.

Joey joined Jenny Whiteley’s band in 1999, and her first two albums (Jenny Whiteley & Hopetown) both garnered Juno awards for Best Roots Traditional Album. In 2005 Joey joined Sarah Harmer’s band to record the album I’m A Mountain which earned him a gold record. In 2007 Joey collaborated with Jesse Zubot, Steve Dawson, Dan Whiteley and Joe Phillips to create his own album, Jalopy. All of the compositions on Jalopy were written by Joey and composed to feature the improv skills of the stellar personnel. Jalopy received a Juno nomination for Best Instrumental Album. Joey’s record Hatch was released in 2010 to critical acclaim and features his songwriting, production and arrangements. “…subtly sweet melodies and the stellar instrumental work of Wright and his accomplices…a dreamy, psychedelic folk vibe permeates.” Exclaim Magazine.

In 2015, Joey’s music was chosen to score the multi award-winning film The Anniversary. In June, 2015 Joey collaborated with Jill Barber and Matthew Barber on their recording Family Album which received a 2017 Juno nomination. Joey has three solo records to his credit: Camp (2003), Jalopy (2007 Black Hen Music) and Hatch (2010 Black Hen Music). He is also the co-creator and leader of the acclaimed instrumental band TUXEDO! along with Christine Bougie.

Joey has appeared on many highly acclaimed Canadian recordings. He has recorded with Sarah Harmer, John Southworth, Amy Millan, Doug Paisley, Jenny Whiteley, Jill & Matt Barber, Ron Hynes, Oh Suzanna and The Banjo Special to name a few. As well as performing his own shows, he has also toured with David Corley, The Evening Hymns, Justin Rutledge, Sarah Harmer and many others.

"Joey Wright doesn't need a bio. You just hear about him. A rumour, a sound. Musical charisma enveloping a career of cinematic guitars, slides of blues and bluegrass. An inspired force of beauty and bravado, danger and charm." Sarah Harmer 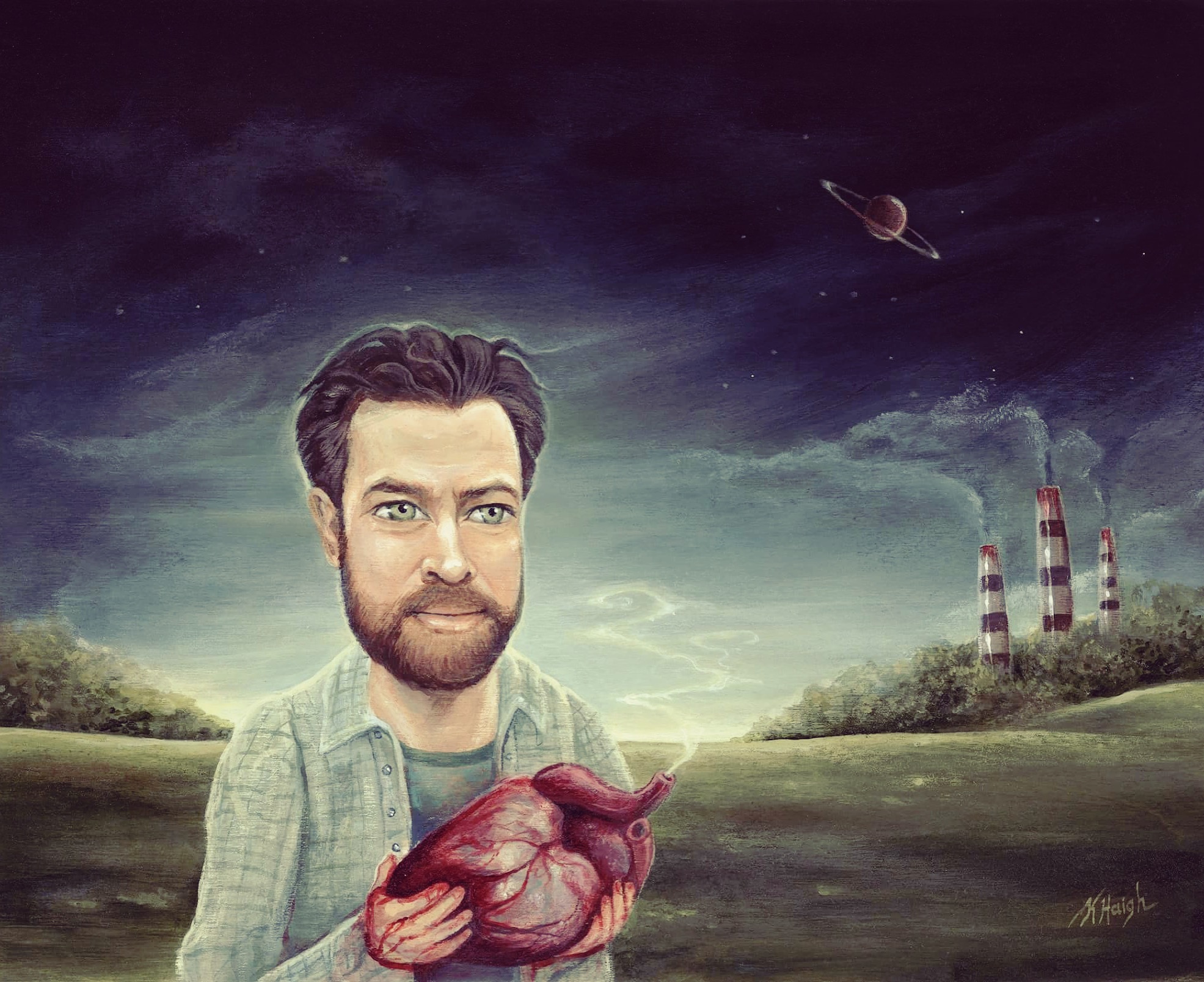