The Ocelots and Sarah Buckley

A double headliner show with The Ocelots and Sarah Buckley.

24-year old twins Brandon and Ashley Watson create The Ocelots. Formerly based in Ireland, they began their musical careers in 2016 street-performing around mainland Europe.

In October 2017 they released a five-track EP “Till We Get There” which paved the way to a raw, passionate folk & blues sound. Following this release they toured extensively, playing smaller festivals, house concerts, bars and churches, arriving spontaneously in various cities in Europe, looking for support slots, open mics and busking avenues.

Eventually, the duo began playing to larger audiences, jumping on tours with international acts like Jack Johnson, Felix Rebil (The Cat Empire), Isaac Gracie and Kim Churchill. They played numerous shows with well-known Irish artists like Glen Hansard and Hudson Taylor and made appearances in the Philidelphia Folk Festival, Tollwood, Electric Picnic amongst others.

In 2019, the brothers moved to Leipzig, having recently completed a six-month intensive tour. They played 87 concerts in those six months, wandering through Australia, Ireland and Mainland Europe. Finally, they began recording their Debut Album. It was recorded in two weeks inside a cottage located in West Cork.

The debut album “Started to Wonder’ holds elements of folk and alternative rock; capturing feelings of the melancholic, road-worn and homeward bound.

A beguiling vocalist with a storytelling approach to songwriting, Sarah Buckley captured an immediate audience with the release of her debut single ‘You’ve Got Me’. With a national TV performance, national airplay (1.3 million radio impressions), festival appearances and growing industry interest, it was no surprise when she was nominated for the title of Best Newcomer by Pure M magazine, and was listed as a One To Watch by legendary venue Whelans.

Hailing from Cork, and describing herself as an ‘indie folk singer songwriter’, Sarah built on this early success by collaborating and recording with some of Ireland’s leading music producers, Karl Odlum (David Kitt, Gemma Hayes), Darragh Nolan (Ailbhe Reddy) & Richey McCourt (LAOISE, Will Young) over the past year. The results of this will be released as two sister EPs in the coming months. Balancing themes of nature & mysticism, with relatable and razor sharp lyrics, the collections allow Sarah’s infectious and haunting vocal style to shine through.

Sarah’s story is not the often told tale of the 5 year old with a hairbrush for a mic and a lifelong dream. Music came later in Sarah’s life, and that subtle difference stands her apart from many of her fellow artists. This is an adventure undertaken by a woman who found her voice in life first, before bringing it to song.

With residency support ranging from Tommy McLaughlin (Villlagers, SOAK), to Rocky O’Reilly (Gary Lightbody) it’s no great surprise that Sarah’s music has already started to earn domestic and international attention, with two of her compositions becoming semi-finalists in the International Songwriting Competition and a sponsored spot on a Nashville songwriting trip during summer 2022.

In an industry that stacks the odds higher for female artists, through sheer talent and individualism Sarah Buckley is positioned to become everybody’s new favourite singer songwriter. 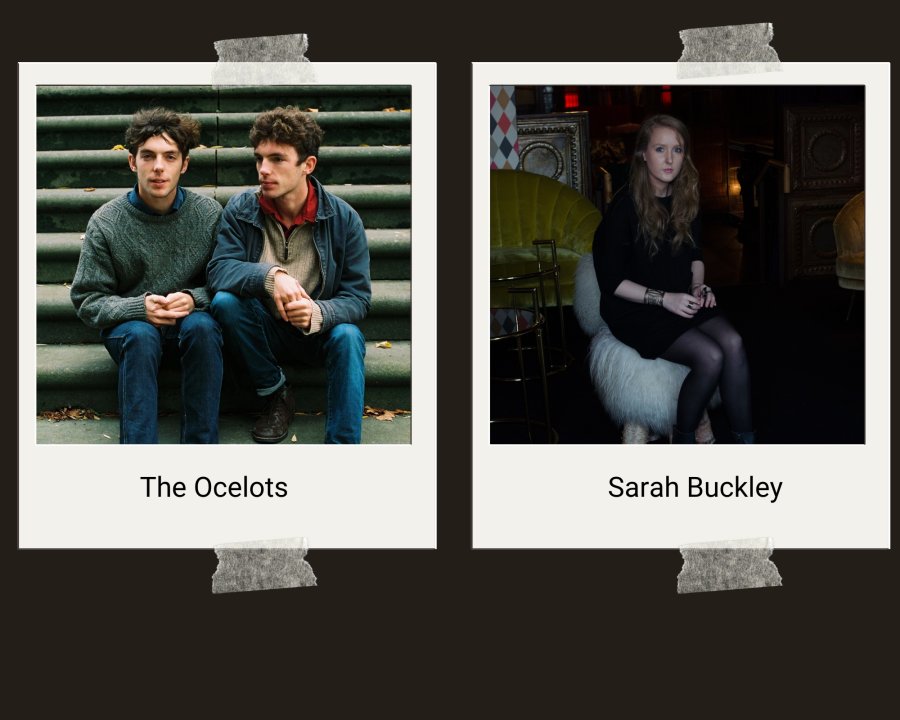