A recording artist & IRMA Award nominee, Fiona Kennedy has a very long track record which includes albums, EP’s & singles and many TV performances, including her own one hour TV special on RTE. Known as one of Irelands most distinctive talented vocalists, her single release All Together Now produced by Christian Best (Mick Flannery) spent several weeks on the RTE Radio 1 Recommends List in July & became a summer hit for the Cork singer songwriter.

Fionas single ‘Where Else Would You Get It’, produced by Declan Sinnott (Mary Black/Christy Moore) along with her previous single ‘Place of my Resurrection’ , went straight to number one in the ITunes Chart in 2021.

A highly experienced live performer, Fionas recent performances include sell -out shows in Winthrop Avenue, The Whitehorse Ballincollig, Camden Fort Meagher & she also played in the Triskel Arts Centre for the 2021 Cork Folk Festival ‘Gals at Play’ event with fellow singer songwriters Anna Mitchell & Mary Greene. Fiona and her band are regulars in the iconic De Barras Clonakilty and the Guinness Jazz Festival where they perform to packed out rooms every year in The Metropole Hotel Festival Headquarters.

Fiona worked with another Irish music industry heavyweight, Clonakilty guitarist Bill Shanley (Paul Brady/The Kinks) on her last album ‘The Beach’ which she recorded in 2017 after a hiatus that saw her concentrating on bringing up her 2 daughters after many years performing internationally and in Ireland. Kennedy had previously been working with Robyn Robbins of Bob Segers Silver Bullet Band & guitarist Jimmy Smyth (Van Morrisson/John Martyn)

She also wowed a crowd of 60,000 when she performed with just her guitar as a special guest of the legendary Kris Kristofferson at his concert in Pairc Ui Caoimh. Throughout the pandemic lockdown, Fiona did a weekly livestream show , as part of The Quarantine Sessions Cork, and raised over 4000 Euro for Penny Dinners along with the other musicians involved. A live performance on the Today Show on RTE television boosted Fionas fanbase even more. She was a featured artist on the Irish Music Magazine Livestream concerts as well as on the De Barras Clonakilty virtual stage. Her followers are growing fast with longtime music lovers being joined by many new fans of Kennedy’s distinctive voice & thoughtful, honest songwriting.

Fionas warm rapport with her audience and obvious passion for her music has seen her continue as a full time independent musician through 2 recessions in a notoriously difficult industry. An evening with Fiona will be filled with great songs & stories, will evoke memories and create new ones.

Featuring tracks produced by Christian Best, Cormac O’Connor & Declan Sinnott, Find Me is Fiona Kennedys new album which will be released on 12th March on her own Big Bear record label.

“This talented Irish lady has the ability to change mood at the drop of a hat…. More earworms than you can cope with” Progradar U.K.

“Singer –Songwriter Fiona Kennedy is one to watch ..!” Evening Echo 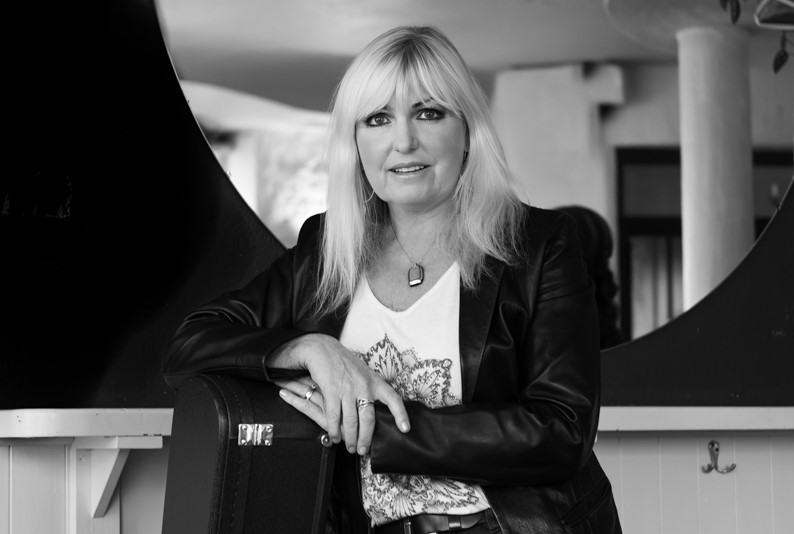