Yorkston Thorne Khan began life when Suhail Yusuf Khan met James Yorkston backstage at a small festival show in Edinburgh. They got talking about music and their respective instruments and began jamming together there and then. They enjoyed it so much, they decided to take the backstage spontaneity onto the stage that very evening. Suhail and James became firm friends and after this would hook up for shows whenever Suhail was in the UK. Finally, in 2015, they recorded their debut album ‘Everything Sacred’, with James bringing in his buddy Jon Thorne on double bass. “There’s a power in a trio” says Jon – “You can hear yourself internally, of course, and then there’s an ear each for the other two. Perfect”

Since then, YTK have gone on to play GreenMan, Field Day, Sea Change, Edinburgh International Festival, Latitude, Glastonbury and tour in India, Ireland, Spain and the UK, Germany, Poland, Italy and Denmark

***** Record Collector ‘New Album of the Month’ “Throughout, this is the sound of three world class talents raising their respective games, as if trying to keep up with each other, creating something far greater even that the sum of their world-class parts.”

**** MOJO “Spits in the face of normal genre classifications…Enlightened and challenging, an Incredible String Band for a brave new world”

**** Songlines “50 years ago the Incredible String Band emerged from the Scottish folk scene to create an extraordinary fusion of folk, acoustic pop and world music that was so singular, idiosyncratic and inimitable that the spirit of it’s magical, wide-eyed wonder has never since been matched. Until now perhaps, for this inspired Yorkston Thorne Khan teaming operates within a similarly eclectic and free-wheeling orbit”

*****fRoots “Brimming with confidence, ideas and musicianship, these Neuk Wight Delhi All-Stars are a band of brothers at the top of their collective game”

***** Soundblab “The rivers of musical currents run deep and pure as Scottish and Indian languages, swap sounds of sorrow with universal understanding”

**** MOJO “The sound they conjure up is Heavenly” 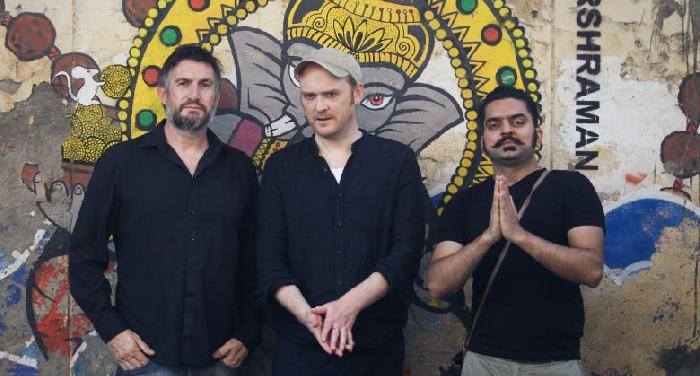