The story of The White Horse Guitar club is one based around music & friendship. The bond of those two things has drawn a group of likeminded men together and the shared experience of singing, playing and performing is a long burning fuel that keeps a bright fire lit.

Formed in early 2012, the band evolved from an open club environment into a fully fledged musical touring group of 11 friends in that relatively short space of time. The music they play is deeply rooted in the fine tradition of songwriting that flourishes in the southern states of America, particularly in Kentucky & Tennessee where the Scots/Irish influence was strong. The WHGC proudly sing the songs of John Prine, Darrell Scott, Tim O'Brien, Buddy Miller, Townes Van Zandt, Tim O'Brien, Willie Nelson and more.

The White Horse Guitar Club has performed all over Ireland & beyond in the last 10 years, in concert settings and cosy pub corners, as street musicians and as festival favorites. The group were warmly received in Germany, Holland, France and Italy over the years and have sold out Opera Houses on home soil.

All good stories are shaped by the twists and turns of the road and the adventure of The White Horse Guitar Club is very much still being written. Keep your ears tuned and your heart open. 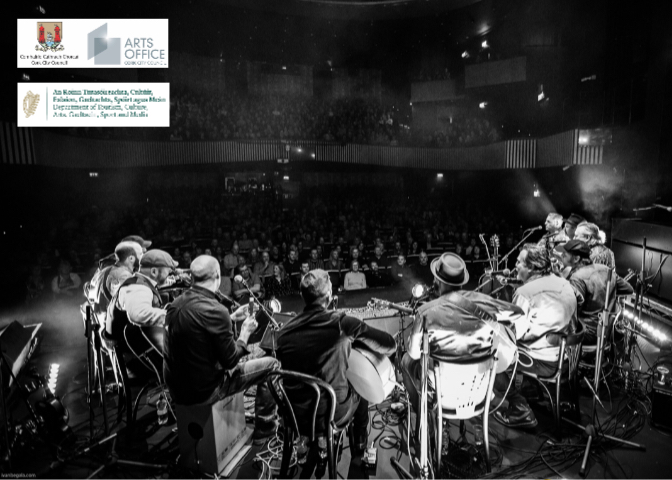