Corkman Richard O'Gorman was gigging in Nashville when he was christened "too tawl" by a passerby, due to his height. The name stuck, and upon his arrival home he began working as Tootawl.

Since then, he has released a slew of singles, EPs, and albums which have been championed by John Creedon of RTE Radio 1. He had a song featured on a Netflix show, and his debut album was given an 8/10 star rating by Hot Press. His second LP, a concept album called Roger Fenton's Wagon, was released in May of this year.

It tells the true story of Roger Fenton, the first war photographer, and his experiences in the Crimean War. The idea originated while Richard was down a Wikipedia hole learning about the history of photography. He came across a photograph of a man sitting on a wagon. It looked decidedly "western", and he instantly thought it would make a great album cover. It turned out that the photographer was Roger Fenton, and he wasn't in the Old West, he was in Crimea. He then had an idea, a concept album about Roger and his experiences during the war told with a spaghetti western feel, along with his own existing folk & blues style, and a dollop of humour. Thinking this idea was a bit too "out there", he forgot about it. Until that is, when lockdown hit in 2020. Richard felt it now or never for Roger. Throughout the various lockdowns that followed, he recorded the album in his London flat, working with other musicians such as Louis Cormack & Clare Sands remotely. 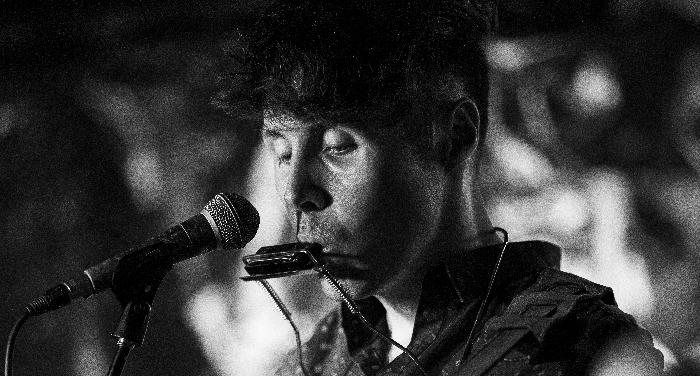