Canadian songwriter, Tony Henderson, releases his second album 'Gandydancer', produced by Declan Sinnott, with a live performance at Coughlan's, Cork. It is a stunning album, with songs reminiscent of an era long forgotten. Tony Henderson was raised in Toronto. Solitary by nature, he left home and went out west where he got a job, for awhile, working for the railroad in Edmonton, Alberta. There he quickly learned the secrets and protocols of freight hopping (and, apparently, there are quite a few!) He crossed Canada a dozen times or so. It was a journey of the soul too: a formative one. Since those days of freight hopping, Tony has spent several years in The UK & Ireland. Cork is where he now calls home. A live performance from Tony (playing his own superb handmade guitars) is like going on a journey, one you'll be very glad to embark on. Doors: 8:30pm Cover Charge: €5 Special guests: Hank Wedel & Lynda Cullen 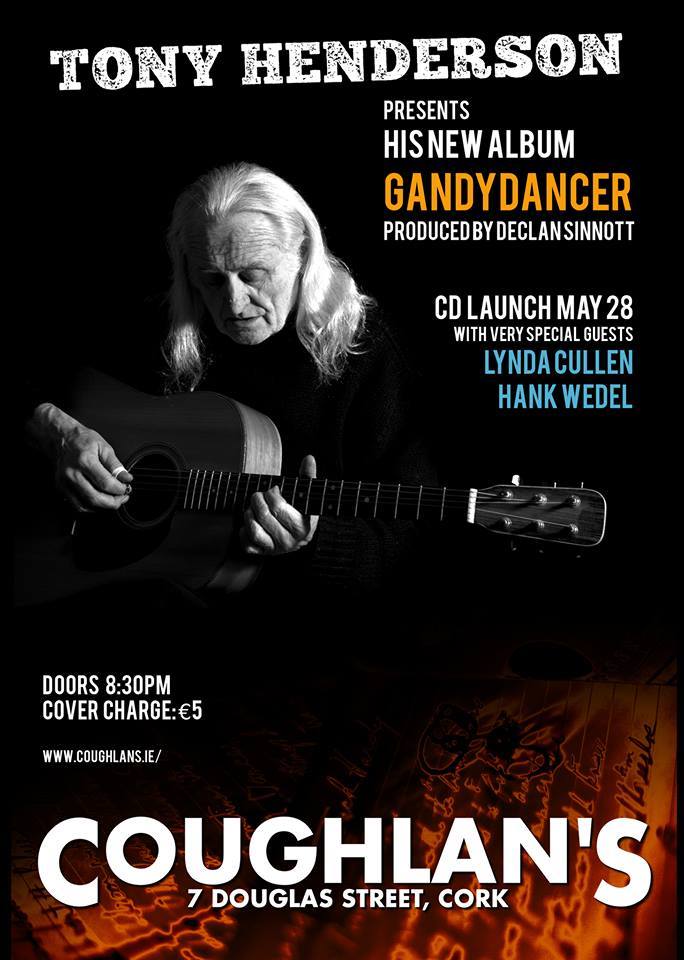