Together in Electric Streams is a movement. It’s a partnership. It’s a collective. In a year where musicians and arts workers have been to the brink and back, Together in Electric Streams gives you the power to support your local artists, promoters and venues - all while enjoying the highest quality livestream shows, featuring your favourite artists performing in a unique studio setting at one of Dublin’s most beautiful and highly-spec'd music venues, Lost Lane. Together in Electric Streams has brought together a melting pot of all of the crucial components that go into producing broadcast-level streams to create a business model that supports Irish sole traders and businesses. From production, to venue, to ticketing - and, of course, the artists - we have come together to create an intimate live-stream experience for you to enjoy at home without compromising on quality. The Together in Electric Streams line-up is an exciting, genre-spanning programme of events featuring interactive live shows that viewers at home can interact with through chat, sending messages directly to the artists on stage, all while enjoying the highest quality in sound, lights and production. Our ticketing system was also conceived with supporting independent artists, promoters and venues in mind. You can support your favourite artist as well as local venues and promoters even further by purchasing your Together in Electric Streams ticket from them - using their unique ticket link and guaranteeing them a percentage of sales. Dublin’s favourite noisemakers THUMPER announces they will release a remix EP of their hit record ‘Topher Grace’, taken from reimagined versions by creators who the band admire, due for release 20th November 2020. The band's single ‘Topher Grace' was released in June of this year. Commenting on the Remixes EP Oisin from THUMPER: “Thumper’s single Topher Grace had a release plan that involved dropping it mid-pandemic, and with all promotional touring axed, it didn't exactly scream Brilliant Career Move. However, it quickly became championed by everyone from BBC6, Kerrang and notably Duran Duran who quoted it extensively in a podcast episode With that in mind we wanted to see if we could mine any more magic from this happy accident - so we give you the Topher Grace Remixes EP: A collection of reimagined versions by creators that we admire” Reckless Records and Dublin Vinyl are proud to present a brand new album from R.S.A.G. The album, entitled ‘Chroma’. A storm of sound and an eruption of percussion mixed with hypnotic music and unique visuals! Since it's conception in 2007, musical juggernaut ‘Rarely Seen Above Ground’ has taken his tour de force: one man show of sound, visuals and incendiary rhythm, to captured audiences around the world. Known to his friends as Jeremy Hickey, R.S.A.G. has gained a reputation not only as one of Europe's most impressive drummers but as a celebrated producer and a talented showman. 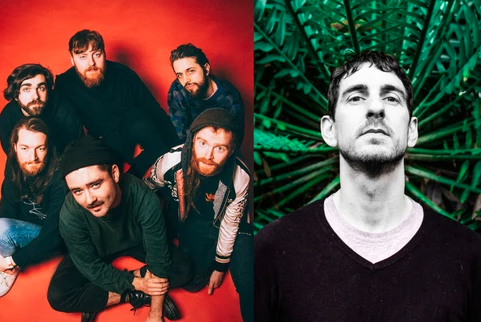