Folk powerhouse pair The Small Glories are Cara Luft & JD Edwards, a dynamic duo planted on the Canadian Prairies. A self-professed “study in contrasts,” Luft's folkie yin proves a perfect match for Edwards’ rocker yang. Thrown together purely by accident for an anniversary show at Winnipeg’s venerable West End Cultural Centre, The Small Glories is a partnership that could almost make you believe in fate.

Straight out of the gate these two veteran singer/songwriters built a buzz around their tight harmonies, authenticity, visceral live performances and equally well-matched guitar prowess that doesn’t come around often. Luft packs a mean banjo as well. The Winnipeg Free Press asks, "can two singer-songwriters be better than one? Yes, emphatically, yes, if the two in question are Cara Luft and JD Edwards... It’s our loss they didn’t [join forces] sooner... It’s magic.”

Their 2016 debut album “Wondrous Traveler” is steeped in classic song structure, delivering instantly appealing melodic Americana with first-rate playing. The album found its way onto many critic’s Top 10 lists across North America and Europe, and The Small Glories are finding themselves on stages from Vancouver to London and beyond. Together, Luft and Edwards are a musical tour de force, a case of 1 + 1 = 3.

“Luft and Edwards are two traveling souls that may have taken a while to finally find each other, but it’s damn lucky for us their paths crossed.”

“The Small Glories are the ultimate: two amazing solo performers who somehow manage to melt into one entity, creating incredible harmonies that still raise the hairs on the back of my neck as I write.”

“From Winnipeg: Cara Luft plays banjo, JD Edwards plays guitar, and in moments they find the darkening chord change the best bluegrass—from the Stanley Brothers to Be Good Tanyas—has always hidden in the sweet slide of the rhythm, the tiny shift where the person telling the story suddenly understands it.”

“Luft and Edwards have turned [their] release into an unexpectedly auspicious occasion, thanks to a ruggedly dynamic collection of songs gleaned from a homespun perspective... The band spins their material with a clear authority and weathered resilience that belies their rookie status. "1000 Stars" and "Home" have the same kind of shout-out, hyper charged refrain that The Lumineers have used to their advantage, while the wistful but resilient "Holding On" solidifies the album's indelible imprint... The songs offer an instant allure, giving reason to listen again and again, simply because they're well worth reliving. In the end, "Wondrous Traveller" reflects the sum of its strengths - Luft's seasoned prowess, Edwards' obvious dexterity, and the rest of the band's ability to caress the arrangements and solidify the stance... Compelling? Clearly, no doubt.”

“I actually heard someone in the audience gasp! ... The Small Glories had us all totally enthralled.”

“Can two singer-songwriters be better than one? Yes, emphatically, yes, if the two in question are Cara Luft and JD Edwards, playing and singing together as The Small Glories. It’s our loss they didn’t [join forces] sooner because Edwards and Luft are a folk-roots powerhouse... It’s magic. 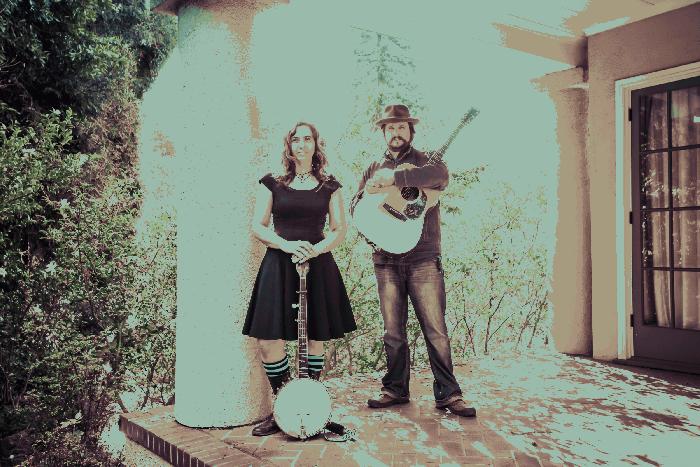