The Good Room is delighted to present the star of RTE’s Republic of Telly Kevin McGahern. With the Solo Pollo Tour, the silver tongued Cavan native promises a mix of traditional stand up, character based comedy and lovely funny songs.

Kevin talks about his first year of marriage, dying with flatmates, avoiding getting shot in America, how to get away with drunk driving and how to survive a terrorist attack. Known as the host of Republic of Telly, Kevin McGahern’s America and Sim Card in RTE’s Hardy Bucks, Kevin’s laid-back, straight-faced delivery elevates the absurdity of his subject matter in his own entirely unique way.

As well as being a regular in the top Irish comedy clubs, in particular the Laughter Lounge, he has performed in a number of festivals including the Vodafone Comedy Festival, Galway Comedy Carnival, Body and Soul, Electric Picnic, Forbidden Fruit and at the Edinburgh Fringe.

“Made me laugh out loud” - Charlie Brooker 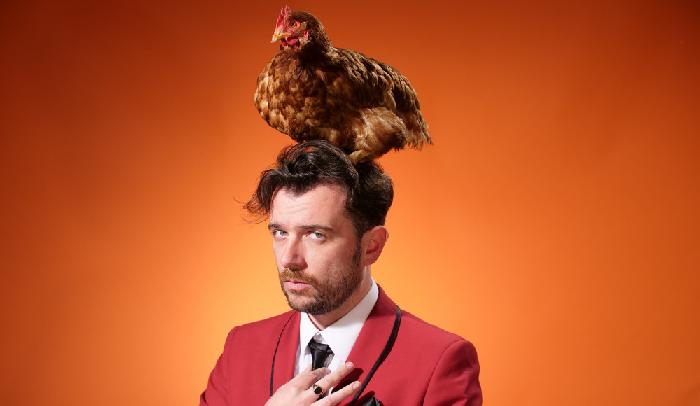