Coughlans Live Promotions present; The Frank and Walters New Years Eve at Cork Opera House. December 31st. 8pm. Tickets €25. In 1997, five years after the release of their debut album, The Frank & Walters returned with what many fans fondly remember as the pinacle of Irish indie during the 90s – Grand Parade. Named after a street in the band’s hometown of Cork – “a place where we saw our first movie, our first gig and got drunk for the first time” – Grand Parade delivered more of the perfect indie pop the Franks had forged their reputation with, while showing the three-piece had more to their canon than earlier suspected by the influential music press of the time. The NME wrote of its release: “The Frank & Walters might be slightly more muscular and marginally less barmy than before, but that doesn't mean they're about to relinquish their grip on the simplest of choruses, the sneakiest of guitar solos or the jauntiest of melodic joys.” Opening the album is the bona fide classic ‘Colours’, and Grand Parade went on to deliver tracks that become Frank & Waters’ classics, the likes of ‘Indian Ocean’ and ‘How Can I Exist’ still figuring on set lists today and sung along to by entire audiences. The album also dispensed the myth that the Franks were a band set on solely writing instant pop gems, with a thoroughly more thoughtful and introspective atmosphere on tracks such as ‘Little Dolls’ and ‘Lately’. Born into the music media frenzy that was Britpop, The Frank & Walters cemented their place in indie music annals with Grand Parade and despite being released in a year where a huge groundswell of UK bands emerged and era-defining records were being released, the album was rightly recognised by critics as a unique body of work and cemented the Franks’ place at the top table of indie pop for the subsequent two decades. Now, in 2017, The Frank & Walters are set to take Grand Parade on the road for a 20th anniversary tour and that will bring one of the diamonds of Irish music to fans across the UK and Ireland. In the meantime, the band have released five excellent studio albums (the most recent being 2016’s Songs for the Walking Wounded) and have continued to break new ground and inspire a whole new generation of fans. The set list on the tour will include an array of stunning singles from the Frank’s amazing career – ‘Fashion Crisis Hits New York’, ‘After All’, ‘Indie Love Song’ and ‘We Are The Young Men’), and of course, will feature Grand Parade played in its entirety. Bands like The Frank & Walters do not come around very often – their legacy firmly in tact, yet always striving to write music and reach new people. 'Grand Parade' is perhaps the best album that you haven't listened to in far too long. It's an artistic triumph from a band that simply don't know how to make bad albums. The Frank & Walters were and still are one of the finest exponents of what we call pop tunes. If you subscribe to the idea that nothing is truly timeless, then 'Grand Parade' wears its greying head of hair with pride. It's a defining chapter in the fascinating and sometimes turbulent story of The Frank & Walters. They're a band that after all these years, are hungry to better themselves. Like the city that they call home, there is something magical about 'Grand Parade'; have a listen, you'll see what I mean." Dan Hegarty - RTE 2fm "Properly uplifting. No band's songs give me the goosebumps like the Franks, and Grand Parade is full of those goosebump moments. I've just listened to it and my skin looks like a gherkin. A record that should be prescribed as medicine." Jim Bob - Carter USM 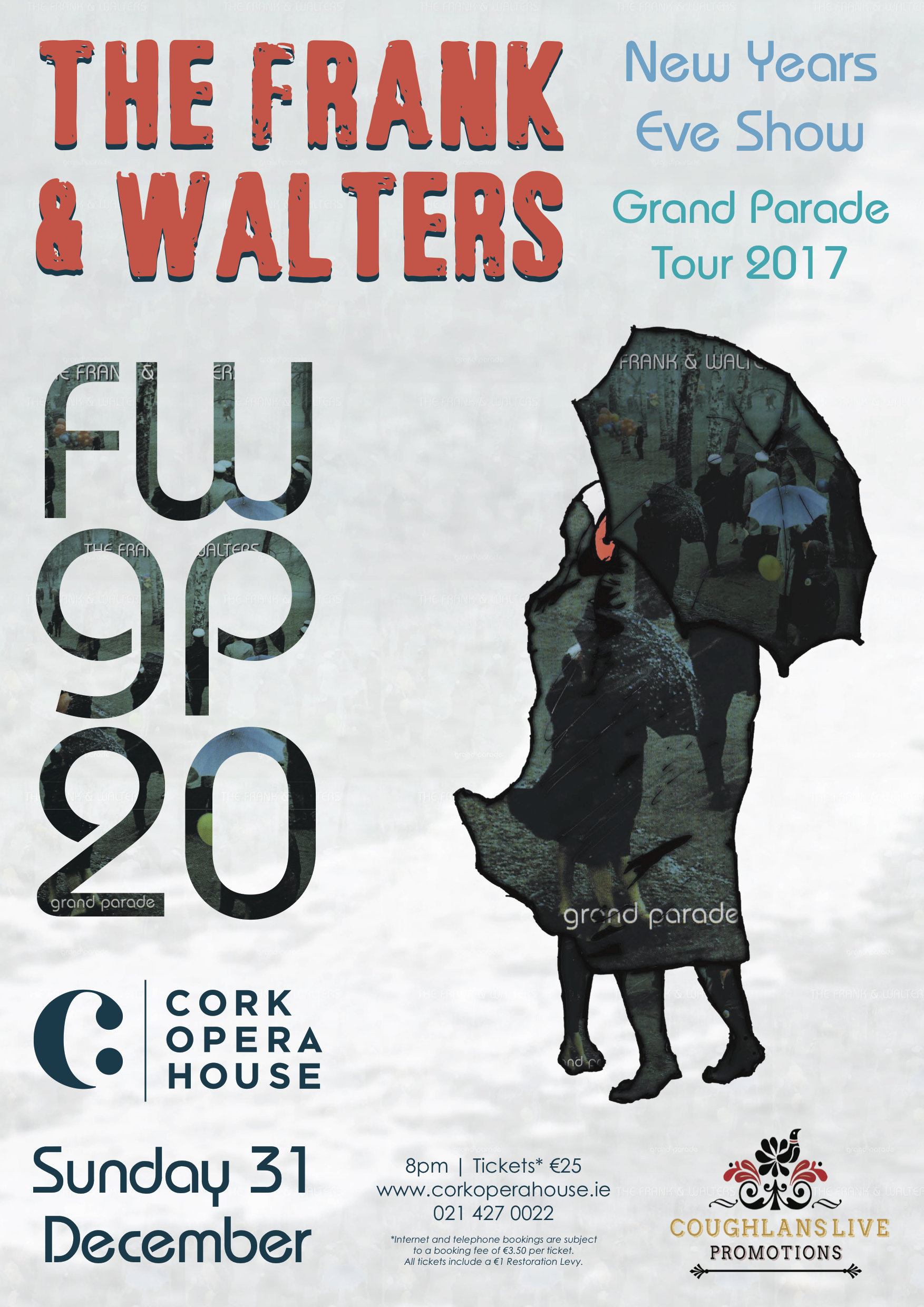