The Eskies 'And Don't Spare The Horses' album launch show

Having been cast out, blacklisted, rejected and ejected from gentlemen’s clubs far and wide, five dejected cast asides joined forces in what was to be their own celebration of commonality.

Purveyors of music that meanders from sea soaked waltz to Italian tarantella, from Brassy funeral march-esque lament to weep along Klezmar knees up, from chain gang holler to rag time finger snap. Skipping through the dark side of anything that makes you want to dance, steeped in melodrama and usually with not a small amount of tongue in cheek.

The Eskies have brought this unique brand of folk noir/gypsy jazz/sea shanty and swaggering stage spectacle to ballrooms and booze houses far and wide, sullying soirees and lowering inhibitions of get togethers and social occasions wherever they have ventured.

“Indeed, the album exudes a vim and vigor that bursts from out of the speakers…makes for an incredibly entertaining experience.” – The Last Mixed Tape

A melting pot of influence consisting of Blues Folk, Swing & Jazz stirred up into a Gypsy Folk infused Old-Fashioned, or ‘skappalacian’ as the they like to call it.

The group’s original music is their way of taking older styles and using them to breathe life into something new. GRAND live what they preach, taking pride in making audiences move their limbs, tighten their facial muscles and get loose!!!

Tipped by Hotpress magazine as “one to watch” the group comes together in a bourbon & pouch tobacco-like harmony. SCOURGE HARD, SCOURGE OFTEN!!! 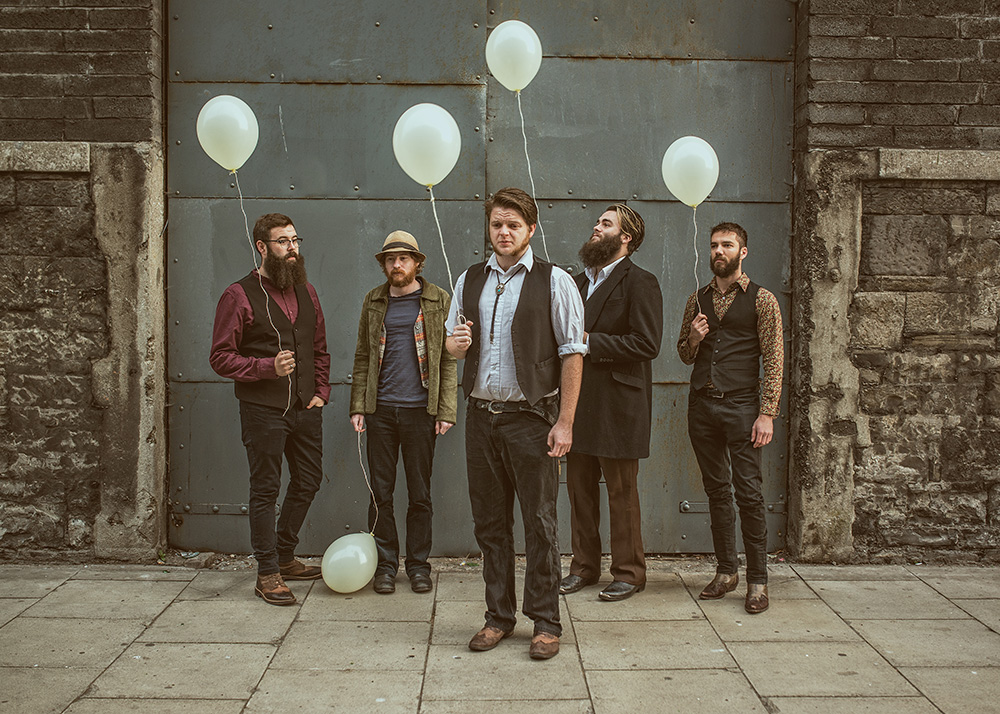