The Burma are a five-piece Indie band from Cork. Since the beginning of 2016 they have been recording and producing their own songs.

Influenced by the likes of The Smiths, The Strokes and The Killers, The Burma’s jangly guitars and bouncy basslines make for refreshingly melodic songs.

The Burma launched their latest single and music video ‘Love Fades’ in December 2016. This was very well received and was made JOE.ie’s Song of the Day. The video was shared almost 500 times in the first few days of release.

Since last summer, The Burma have already supported big Irish acts such as The Strypes, The Academic, The Blizzards, Ryan Sheridan and Brian Deady.

On June 2nd 2017, the band will release their debut E.P. entitled "Her Eyes On Horizons" and embark on an Irish tour, kicking off in Whelans, Dublin on Wednesday the 14th of June and coming to Coughlans Cork on Friday June 16th.

The Burma have been tipped for a big 2017 by many music outlets including Hot Press where they were included in the magazine’s ‘Hot for 2017’ issue as a band who “will be certain to grace the New Year’s pages”. They also were selected to play at Whelan’s “Ones to Watch” festival in January.

“Anyone in fear that the conveyor-belt of winning guitar bands might be slowing down would be well advised to check out this Cobh quintet before writing any epitaphs. The pop-rockers are as suited to the dancefloor as the dive bar, as bouncy basslines underpin earwig melodies and shimmering guitar lines. Recent releases like Love Fades suggest that they’re ready to graduate to the big time.” – Hot Press Magazine

“The Burma are a new Cork band with a great sound. Judging by the sounds of Love Fades it won’t be long before they’re headlining gigs themselves. This is a little cracker of a tune.” – JOE.ie 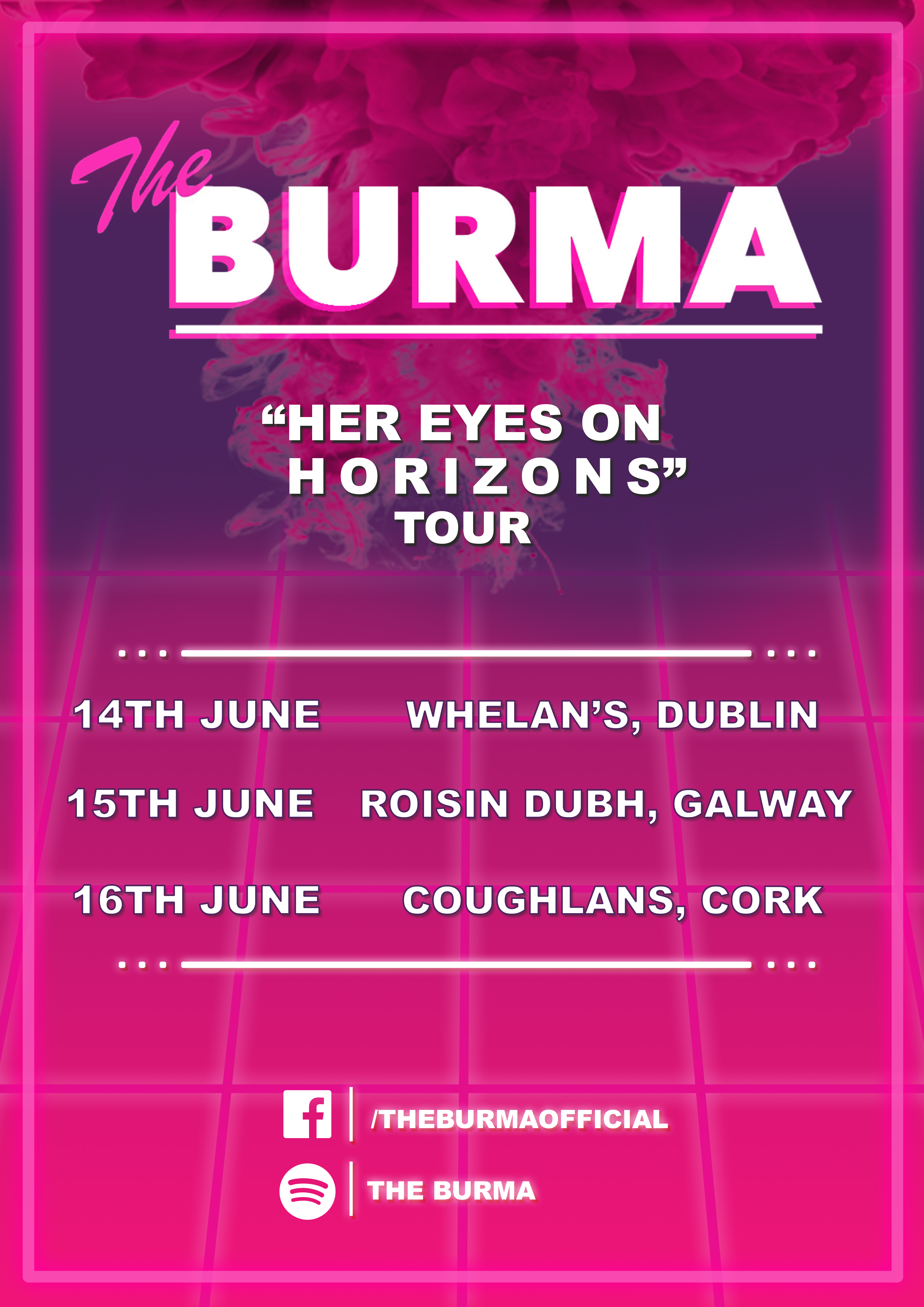