Interspersed by Brendan Murphy's often hilarious stories and musings on the band's three decades in music, the set list features all the old hits, such as Mary, Drag My Bad Name Down and Sunlight, as well as tracks from their recent critically acclaimed album, Sugar Island.

The success of this most recent album (hailed by Hot Press magazine as 'excellent') - along with the band's award-winning back catalogue and inclusion in prestigious lists such as TV3's Top Ten Irish Bands of All Time and Today FM's Top Five Irish Singles - has led to a string of sold-out live performances and rave reviews.

THE 4 OF US love the independence they have carved out amid widespread changes in the music industry. Not bad for a couple of brothers from Newry celebrating 30 years in the business, writes Lauren Murphy

Many times over the last thirty years Brendan Murphy has thought about changing the name of his band. “But then I think it’d be disingenuous,” says The 4 Of Us frontman after picking me up at Dundalk train station. “It never made sense on any number of levels. We play with other people sometimes but, really, The 4 Of Us have always been me and Declan. But luckily for us,” he says, fiddling with the sat nav and raising his impressive eyebrows, “music is full of band names that don’t make any sense. Sure, it’s all part of the charm.”

It’s exactly 30 years since the brothers formed The 4 Of Us, winning praise for their 1989 debut, Songs for the Tempted and its 1992 follow-up, Man Alive. With hits such as Mary and She Hits Me, it seemed the band were on the brink of something big, until their momentum sputtered and they parted ways with their label, CBS Records.

Declan claims it was the right time for them to become independent artists. Every album since 1999’s Classified Personal has been released on their own Future Inc label. “In retrospect it’s the best thing that ever happened to us. Even at the time I thought it was great, because we’re sort of control freaks,” he says. “If we veered into the ditch along the way, that was to be expected – but ultimately we held the wheel. We couldn’t get where we wanted to get without being in control.”

The duo still play songs from that era live, of course, including Mary.

So just get better, or get out of the game.” 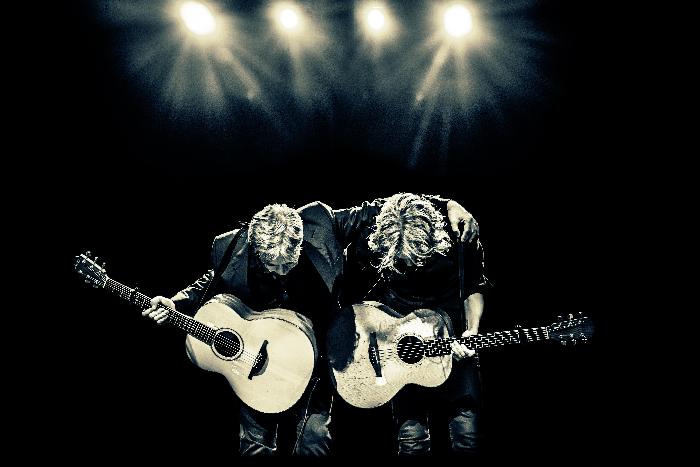