in 2017 he was commissioned by St. Patrick’s festival to write a new poem as a “Celebratory Narrative” of Ireland. The resultant piece ‘My Ireland’ is accompanied by a short film which has been viewed over 300,000 times and was screened at the London film festival.

Stephen facilitates poetry workshops in schools around Ireland and is artist in residence with Dunamaise arts centre & Laois arts office. His poetry is included on the syllabus at Western Connecticut State University and his work has been translated into multiple languages. His debut collection, “Fear Not”, is published by Arlen House and will be launched on 14 June 2018 in Dublin at Poetry Ireland on Parnell Square.

“Here are poems fuelled by the raw urgency of language leaping to meet the world.” – Paula Meehan

“Stephen James Smith ignores trends or fashions and writes his own poems about his world in his own original and inimitable way.” – Sarah Clancy

“In the midst of the toughness of his work, he also knows where to find the tender spot.” – Gerard Smyth

“His poems are crafted with care, with great skill, and most importantly, with love.” – Donal Ryan

“He knocks seven shades of shite out of all the usual ‘birds and bees, whey and cheese’ nonsense you find at poetry readings.” – Jinx Lennon

As a spoken word artist Stanley has appeared at a variety of festivals and Slam Poetry events throughout Ireland. As a mental health advocate he has performed in Cork Prison, corporate health awareness events, and was a featured speaker at ‘The Changing Man’ Tedx event in Jan 2017.

His poetry film Peter and the Wolf - Alladin Sane? (After David Bowie) was short listed at the Cork Indie Film Festival in 2016, screened at the Dublin Bowie Festival in January 2017, and long listed at the Rabbit Heart Festival 2018.

In 2017 Stanley was chosen to perform in the UK as part of the Twin Cities cultural exchange between O'Bheal (Cork) and Fire and Dust (Coventry).

Stanley is the co-founder and curator of Soltice Sounds, a bi-annual magazine that is Ireland's only regular spoken word publication. 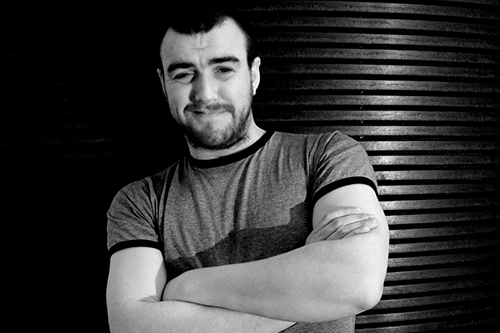