Infinite Space, the debut album from Irish artist Síomha will be released on 22 April 2022. A collection of 11 tracks in both Irish and English, it is truly one of a kind. These heartfelt and enduring songs, paired with the deep complexity of their production and arrangements make for a unique yet instantly approachable sound. A kind of cosmic, folk-informed, jazz-tinged, post-pop - listeners are comforted with some familiarity while catapulted into a space of ethereal newness and musical mastery.

Siomha draws on a deep well of soul. This music transcends boundaries in a way I’ve never heard. And every second of every song is rooted in groove.” - JOE DART (Vulfpeck)

Irish singer and guitarist Siomha (pronounced She-vah) dances the line between folk, jazz and neo-soul effortlessly taking audiences on an unexpected and unforgettable journey with her soulful melodies. Her debut album ‘Infinite Space’ is a collection of songs in both Irish and English and is set for release in 2022. A kind of cosmic, folk-informed, jazz-tinged, post-pop - it was produced by Grammy-nominated Tyler Duncan and features an all-star lineup of musicians including Joe Dart (Vulfpeck), Louis Cato (Bobby McFerrin/ Snarky Puppy), Martin Atkinson (Toucan/ the olllam) and violinist Jeremy Kittel (Bela Fleck/ Chris Thile).

Siomha’s voice is full of raw heart-felt experience. When listening to her, audiences are instantly moved to feel on the deepest level and come out more intimately connected to their own worlds.

Coming from a family steeped in music, Siomha grew up on a diet of musical greats with the sounds of jazz, trad, folk and soul creeping in and leaving an indelible mark on her musical tastes and influences. She started playing guitar at age 10 but it was later in her teens while attending high school in the south of France that she first took up jazz guitar after a chance encounter led to her learning from an Italian gypsy who taught her the manouche gypsy jazz style. The chords and sounds of jazz fascinated and inspired Si?omha and she began to craft her own songs.

The next few years saw her traveling, with music as her compass, soaking up the sounds of each of the places she traveled and further honing her craft. In late 2016, having traversed America, Canada and Mexico, she felt an innate draw to return to home shores and a phenomenal few years have followed. Siomha toured with Paul Brady, Wyvern Lingo, Moxie, Joey Dosik (Vulfpeck), Notify and has performed at festivals such as Electric Picnic, Celtic Connections (Glasgow) and Fe?te de la Musique at Centre Culturel Irlandais in Paris. In 2018, she was invited to tour with celebrated contemporary American-Irish group the olllam and instantly formed a bond with founding member Tyler Duncan. In 2019, Siomha and her long term creative collaborator Martin Atkinson began recording her debut album in Michigan, USA with Tyler as producer.

Siomha is an artist full of heart and her music truly does defy any conventional genres. The influences of her musical background, her travels and musical explorations are audible in the music she creates. Always proud of her Irish heritage, she performs her songs in both the English and Irish languages. The beautiful landscape and rugged nature of her native West of Ireland are a huge source of inspiration for this proud Co. Clare artist leading her to create a soulful and unique style of music that enthralls anyone who hears it. 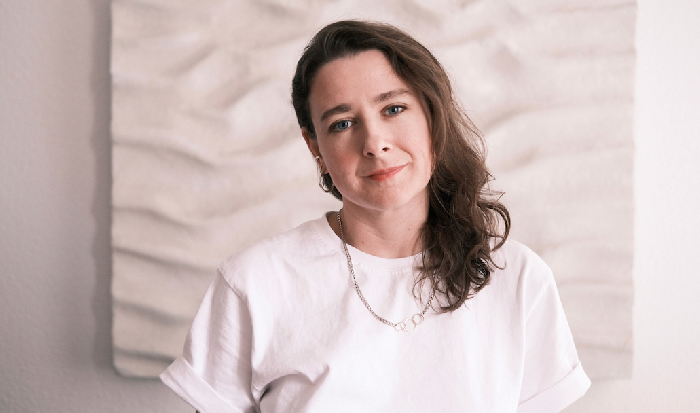