Some Rise Some Fall 'Some Climb' Album Launch

This rare and intimate gig promises to be something very special, with these five gifted musicians beautifully rendering lesser-known folk & Americana gems with an Irish touch from the canon of the Grateful Dead and artists who influenced them - including Allen Toussaint, Greg Trooper, Rev. Gary Davis and Jorma Kaukonen, to name a few.

Catch SomeRiseSomeFall at Coughlan’s Live, Douglas St, Cork on Thurs 25th May, 9pm. Tickets €10 from www.coughlans.ie or from the venue.

Album available on the night, and thereafter from all online music outlets and www.somerisesomefall.com

[Profits from album sales on the night will go to a new sports & social programme for people stuck in the Direct Provision system. The SomeRiseSomeFall project also supports the charity SHINE, which offers support + awareness around people affected by mental ill health.] 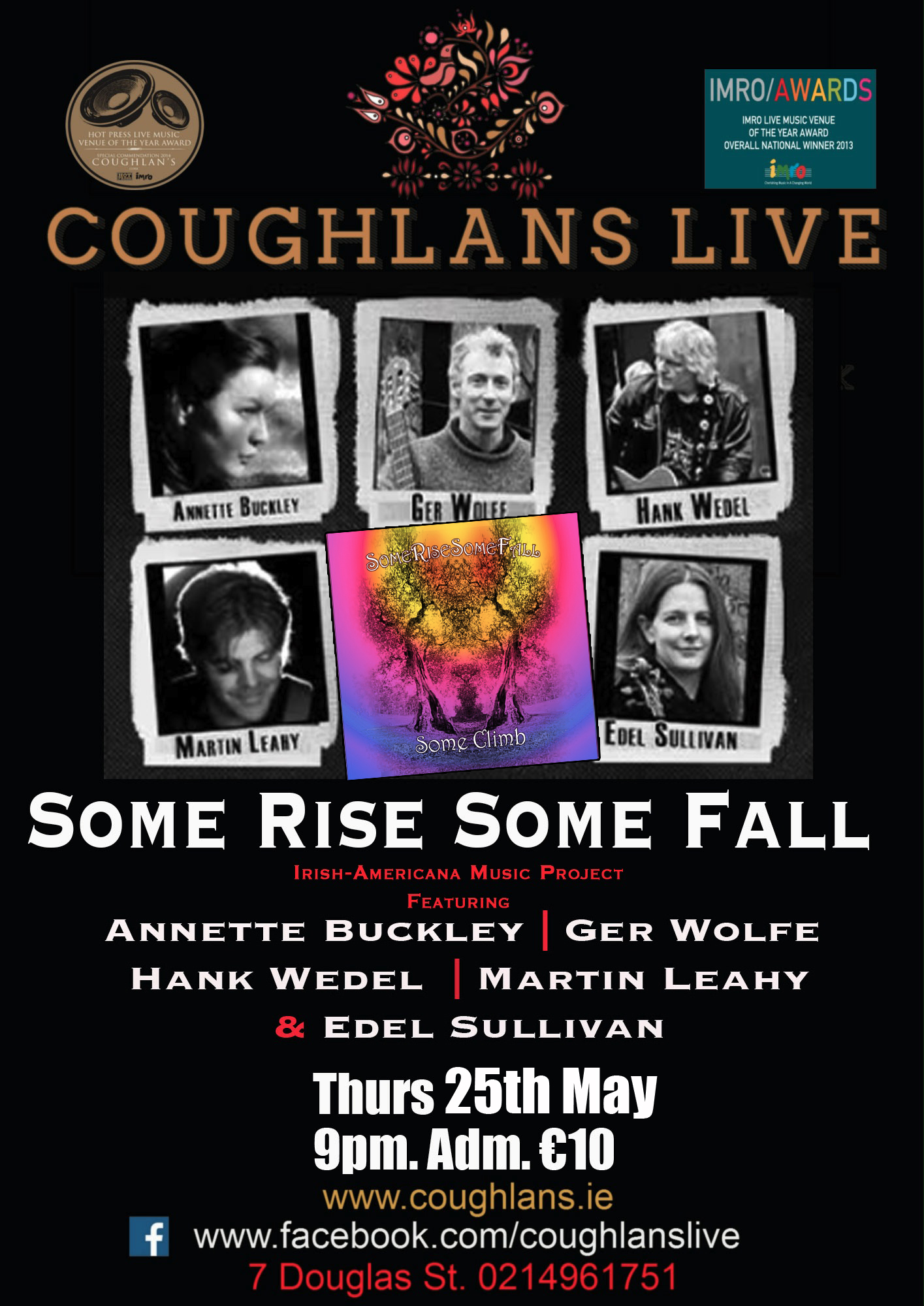