Sian will be accompanied by Pat Crowley on piano and Ryan Parsons on violin.

Siân Brown grew up in the North Cork country side, to English parents, listening to 60's music, grunge and Tracy Chapman to get her through a tumultuous childhood with a chronic alcoholic father . She moved to Cork city in 1997 when she was 17 and has lived there ever since. Siân has been writing songs and poetry since the age of seven and has been playing guitar on and off from age 14. Her songwriting really took off after Siân had to admit to her own alcohol problem at 22 which left her sad, angry and fragile for many years after. On recovery she got into a Music, Management and Sound course in CSN, a further education college in cork city. It was here she honed her skills as a songwriter and wrote many of the songs featured on her debut album 'Blue Ruin.

After the initial release of a 5 track EP Siân recorded her debut album Blue Ruin, RTE’s John Creedon marked Siân as “one to watch”. The album featured eleven self-penned tracks prompting a glowing review from Edwin McFee in Hot Press who declared that “Blue Ruin is an engaging listen” containing “songs [that] can transport you to the stratospheres”. McFee also felt that Siân “is fearless when it comes to making her thoughts and feelings public”

This fearlessness continues with Siân’s latest offering. Her second album The Girl from Nowhere (release date 15th September 2014) contains an eclectic mix of sounds with another eleven songs, all imbued with the same frank honesty that reflects life as she experiences it. Want to Go, the first single from the new album, is no exception. Siân, who once had a very destructive relationship with alcohol, sings of her frustration and boredom at being stuck at a party full of drunken people ‘making connections and talking sh**’. The lyrics cut straight to the chase with her hooky refrain ‘I want to go home’. The song is catchy, quirky and fun and is accompanied by an equally playful video. The Girl From No Where has gained much airplay to date from local, national and even international radio stations.

Both albums and the video have been made in collaboration with sound engineer/producer Louise McCormick and her husband musician/producer John Crone, at Manor Studio, their small (but perfectly formed) home studio in Cobh. This second album and single were mastered by renowned producer DanDan Fitzgerald, whose ongoing support for Siân and her music has been inspiring.

Siân also married Darqhorse in August '14, a very talented Cork electronic music producer. They are currently working on an electronic album together under their band name Lambdancer. Siân is excited at this new direction and has high hopes for this up and coming 'dirty electro punk performance band'. 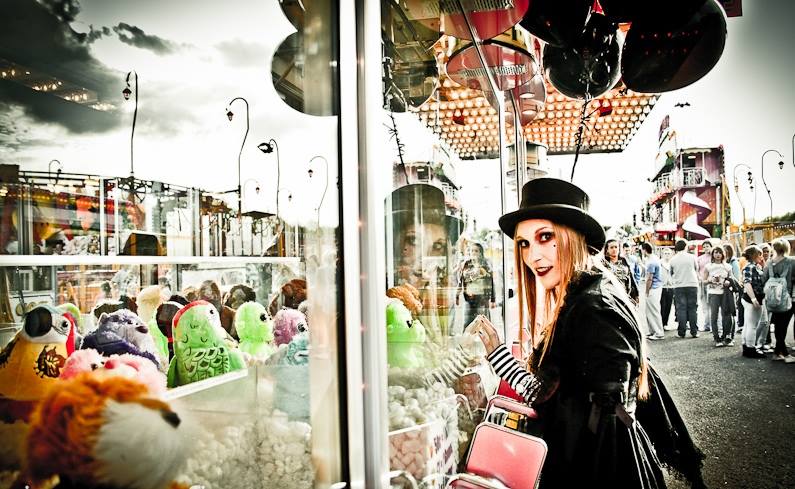