SHOOKRAH are a 6-piece outfit from Cork, serving fresh helpings of synth-grooves, interruptive hooks and dystopian romance-themed songs. Their sound sits somewhere between neo-soul and the emerging schools of R&B/Soul that define themselves as ‘Future Soul’. Influences include the likes of Hiatus Kaiyote, Solange, Thundercat, Anderson .Paak and The Internet. Advancing from accolade to accolade (awarded 'Best Irish Band of 2017' and '50 People to watch in 2018' by The Irish Times), Shookrah are positioning themselves as important pioneers in the blossoming urban music scene in Ireland with their debut album set for release in early 2019.

The ensemble formed in 2014 and began to establish their reputation as a fat-banger-churning R&B group with the release of their debut single ‘W.O.M.A.N’. The song became a local anthem of womanity and challenging preconceptions around female identity. The pack have released two EPs since then: Implicit Content and 2017’s Clichés, the most recent of which produced acclaimed singles ‘Gerascophobia’ and ‘Our Own Way’, which led to a string of enviable slots supporting the likes of Theo Katzman, Billy Ocean and Rusangano Family, as well as charming festival crowds at Body & Soul, Electric Picnic and Townlands Festival to Dublin Fringe Festival and Other Voices Music Trail.

Holding true to the predicted successes for 2018, Shookrah are keeping their feet on the pedal with the first single from the upcoming album set for release this April. The track is entitled ‘Don’t Wanna Doubt You (Respectfully Woo Me)’, and is an upbeat, sultry instruction on the key ingredients to seduction as told by Senita; namely respect and patience. With producer Brendan Fennessy (of O Emperor) and a slick new music video, Shookrah are making bold moves to put out a body of work that stands the test of time in its sophistication and pizazz.

"Shookrah’s satin-smooth sound is like an old-school Chevy Impala with silk tyres and suede seats. The Cork band cut spotless summer-night R&B, when no beer is too cold, or session too late, and even sunburn can’t kill the vibe." - Dean Van Nguyen, The Irish Times

"Shookrah have stormed the scene with a fresh sound that isn't what you'd expect from an Irish group" - Hot Press (Issue 39.14) 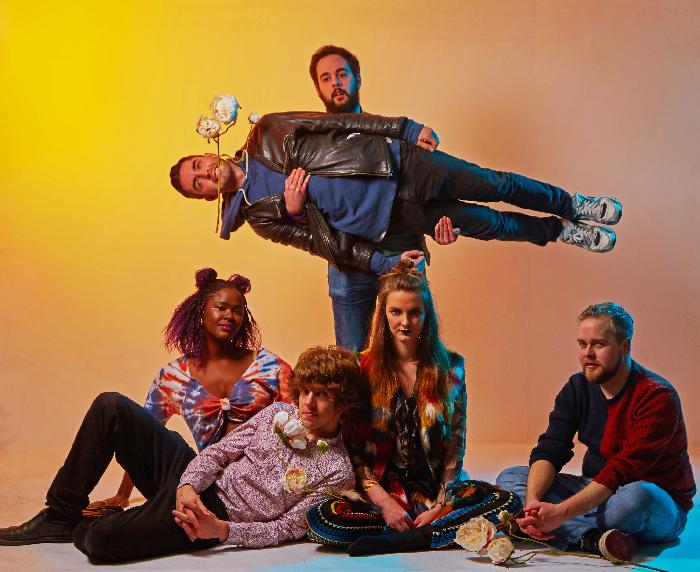