Great Double Bill line up of Shane Hennessy & Atlas. SHANE HENNESSY Shane Hennessy is a virtuoso guitarist and composer from Ireland, whose unique approach to the acoustic guitar has amazed audiences all over the world. His playing style and compositions have caught the attention of big names like guitar legend Tommy Emmanuel, with whom he has shared the stage, and super-producer Nile Rodgers (CHIC). He also works as a songwriter, and is an in-demand session musician. At the young age of twenty-three, Shane has been a featured performer in some of Ireland's biggest music and arts festivals, including Culture Night at Dublin Castle (2017), Electric Picnic (2014 and 2017), Longitude (2014), and The Guitar Festival of Ireland (Headline Act, 2016). Shane has also been a headline act at MusikMesse (Frankfurt, Germany), and has toured widely in the UK and Europe, and Russia. 2017 has seen Shane headlining his first solo concert in the National Concert Hall in Dublin, Ireland, in support of his sophomore release 'Marrakech'. A worldwide tour has seen stops in The United Kingdom, Germany, France, The Netherlands, and the United States of America. 2018 brings Shane to more countries, festivals, and collaborations than ever before - watch this space! ATLAS ATLAS compromises of Cillian Doheny (Guitars) & Cillian King (concertina), both natives of Limerick, Ireland, who first crossed paths through the Irish traditional music festival circuit as teenagers where they immediately struck up an intense musical friendship having diverse but similar tastes in music & composition. Making an album together had always been aspiration but with Cillian Doheny touring heavily with his Neo-Irish outfit 'MOXIE' and King on the circuit as a session musician while completing his studies, they decided to use that time to grow as musicians and people, and Atlas was shelved temporarily. However, in late 2014 when the time was right, the pair became housemates in Dublin and began definite work on their debut album. All composition and pre-production for this album took place in the Dublin apartment with both Cillian's still juggling several other projects and studies at university. In late November 2015 ATLAS launched a Kickstarter campaign to secure funding to record 'Affinity' and with popular demand for the record, they reached their target with time to spare. Filmed and recorded in an old church which has become a centre for the arts in Belfast, 'Affinity' which sees Atlas accompanied by string quartet and percussion, represents all the music these musicians have grown up with and the music they have to grown to love in more recent times. From delicate string arrangements reminiscent of Sigur Ros to cascades of sound from the ethereal world of Jon Hopkins, they have added an ingredient that is inherently Irish to the mix to create a record that encompasses where they have come from and where they are going. "Atlas seamlessly blends traditional Irish folk elements with pop melodicism into something really colorful. Taught interplay between acoustic guitar and concertina, with world fusion rhythmic elements. It's very cinematic music." - Mark Lettieri (Snarky Puppy) Sometimes trippy and unfettered, Atlas’s swag bag of new compositions blatantly reference Sigur Rós and Jon Hopkins but their tastes for tracing looping, fantastical rhythms through a deliciously jagged-edged trajectory (aided in no small way by Notify’s Padraig Rynne) result in a concoction that has its ear trained firmly on the present and future. Wide-open vistas are the stuff of Atlas’s universe, with literary nods in the direction of Beckett and Oliver Sachs. Their bold choice of a string quartet to colour and shade yields rich dividends, reinforced by the polished accompanying DVD. Curious and curiouser – music filtered through a mesmerising looking glass. A collection worth mining deeply. - Siobhán Long, The Irish Times 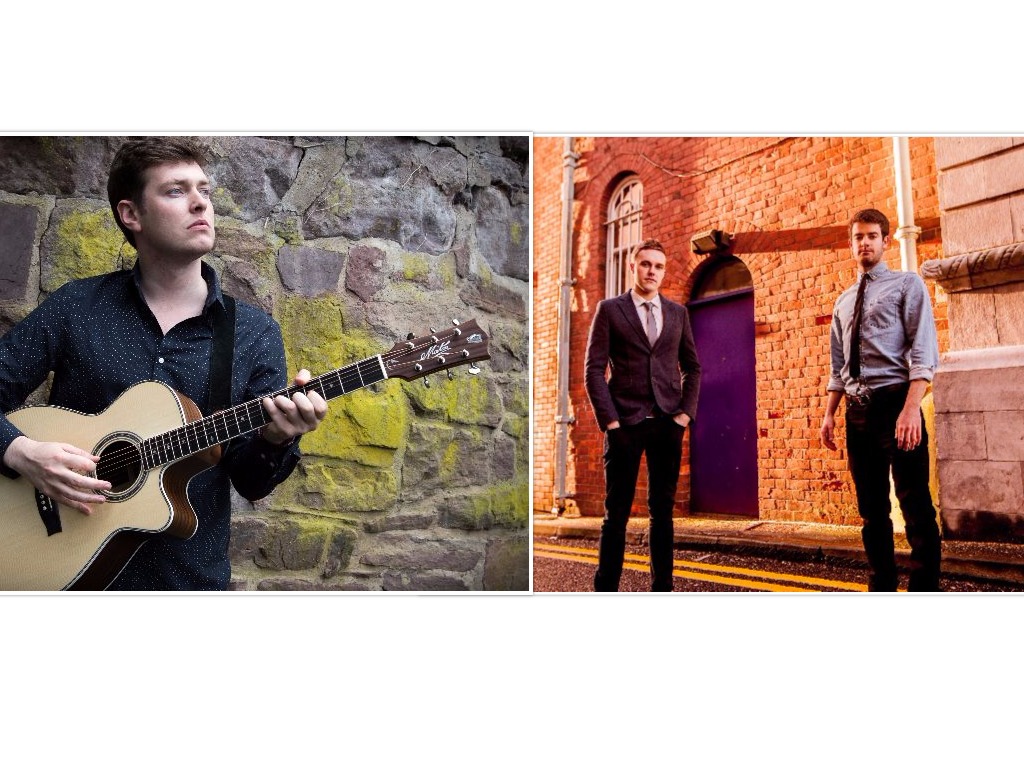