Presented by Cork Opera House and Coughlan’s Live, Right Here Right Now is a celebration of the vibrant and eclectic music scene in Cork. RHRN 2020 promises to be an unmissable weekend of music celebrating the city’s array of talented artists.Arborist 'A Northern View’ album launch show at Coughlans Live as part of Right Here Right Now Festival.

A Northern View encapsulates a time and place, the here and now, for better or worse. Rich in melody and mood, it is resplendent with lush arrangements and underpinned by an uneasiness that unsettles the listener just when they’ve been lured in. Complex, literary and political, Mark McCambridge has produced the album that is needed from the place where he is from, at the very time when uncertainty abounds. It is a paean to this part of world at an unsettled and unsettling moment.

Arborist came to the attention of the critics with their debut single, the Americana tinged 2015 debut single “Twisted Arrow”, that features an astonishing duet with Kim Deal of The Breeders. Their 2016 debut album, Home Burial, was nominated for the Northern Irish Music Prize and released to critical acclaim, with Mojo hailing it as “a staggering debut of depth and substance” ?and The Guardian calling it an “instant classic.” Uncut described the lead single, “A Man Of My Age”, as articulating, “the claustrophobia of family life with sensitive frankness amid a mesmerizing Smog-like languor”.

Joining Mark McCambridge in Arborist are James Heaney on bass (nephew of the late poet laureate Seamus Heaney), Jonny Ash on guitar (who has a knack of disrupting the mood and taking it elsewhere) and Richard Hill on piano/organ. For the new album they were also joined by violinist Emma Smith (Noel Gallagher, James Yorkston, Bas Jan, Seamus Fogarty), who underpinned much of the mood with her mesmerizing string composistions. As with their first LP, it was produced by Ben McAuley though this time recorded in the idyllic surroundings of Peter Gabriel's Real World Studios in Wiltshire.

Thematically the album can’t help but draw from the time and place where it was created. ?A Northern View? is an ode to Northern Ireland and a reaction against what McCambridge calls the “abomination of Brexit”. Arborist wrote the soundtrack to the recent film Brexit: A Cry From The Irish Border by Clare Dwyer Hogg narrated by Stephen Rea, and the themes are continued in the album. As McCambridge says; “It was the numbness and confusion of things I wanted but uniquely, especially in recent years, from the viewpoint of this part of the world.”

A Northern View portrays a raw darkness but with glimpses of beauty at the heart of it all; the kind of balance found in records like Wilco’s A Ghost is Born or Songs Ohia’s Magnolia Electric Co. The album title felt like a nice way of framing all that came-out, like a clandestine publication of some kind. Though as McCambridge explains; “I recently discovered it’s a caravan park in Donegal, so there you go.”

“Acoustic warmth and world-weary depths. . .feels like an instant classic” **** - The Guardian

“A deliciously self assured collection” 8/10 - UNCUT

“Stunningly beautiful . . one of the finest records produced on these shores all year” -Hotpress 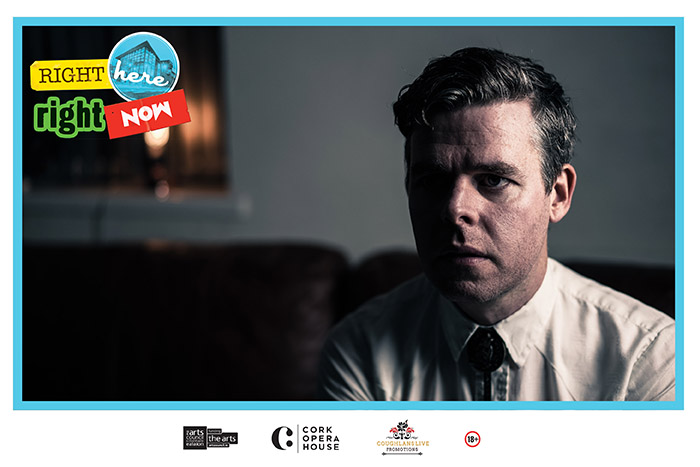