Hailing from Clonakilty Ireland, Eve Clague is a singer-songwriter who draws on the rich variety of music she grew up with in her home and community to create a highly personal and direct style of song writing.

With a band made up of well known players from Cork's jazz and neo soul scene and featuring some of her own string arrangements, Eve's debut EP Young Naive Me crosses genres very naturally in songs which centre around Eve's acoustic guitar and deeply honest vocal style.

Since its release in April of 2019, the EP has received national radio play in Ireland as well as airplay on regional stations at home and in the UK, with reviews from a number of prominent blogs including Ireland's nialler9.com, praising her distinctive voice and a timeless quality to the songwriting and arrangements.

Having left school at the age of 15, Eve has clocked up more hours as a working musician than most artist in their early twenties, touring nationally with a number of Cork based bands as a vocalist and sax player. However it was her enrolment in Corks school of music in 2014 which really gave Eve the time and space to develop her songwriting

and collaborate with a huge range of like minded musicians. Having graduated in October 2018, Eve wasted no time as she immediately began work on recording Young Naive Me with her band at Wavefield Recording Studios.

Following the EP's release, Eve has played numerous shows both solo and with her band such as Cork's Quarter Block Party, Body & Soul and Alll Together Now and her own packed out release party in March.

The rest of 2019 will see eve play more shows at home and abroad, as well as continuing to develop songs for her next release.

Míde Houlihan is a Clonakilty bred singer songwriter, who has captured the hearts of many an Irish audience over the last number of years. With some early high profile support slots including the likes of FRED and Canadian folk singer Doug Paisley, as well as international cult star, Jenn Grant, Míde put herself on the map as one of Ireland’s brightest prospects.

Her brand new EP, "Shifting Gears", has just been released on Cork City record label, Unemployable Records. The EP was recorded by Christian Best (Mick Flannery), and features some great Irish musicians such as Alan Comerford (O Emperor), Dylan Howe (Rowan), and more. The EP (which is currently receiving national radio play in Ireland and the UK) is the follow up to Mïde’s debut album, "Coloured In", (released in 2015), with the lead single, "Nuts and Bolts" winning the IMRO Christie Hennessy Songwriting Award. The album went on to receive an incredibly warm reception in the media as well as the general public, with most critics citing Míde’s honest, sometimes humorous, sometimes heart wrenching songwriting as a diamond in what can sometimes be a crowded scene.

Over the last few months, Míde has been making waves on the Irish circuit, showing up in all the right places, opening the show for the likes of Bill Shanley, John Spillane and Mick Flannery. On top of that, her slot at the prestigious Ruby Sessions in Dublin was hailed as a recent highlight in the long running series of gigs that in the past has featured the likes of Wallis Bird, Mumford & Sons, Ed Sheeran & more. 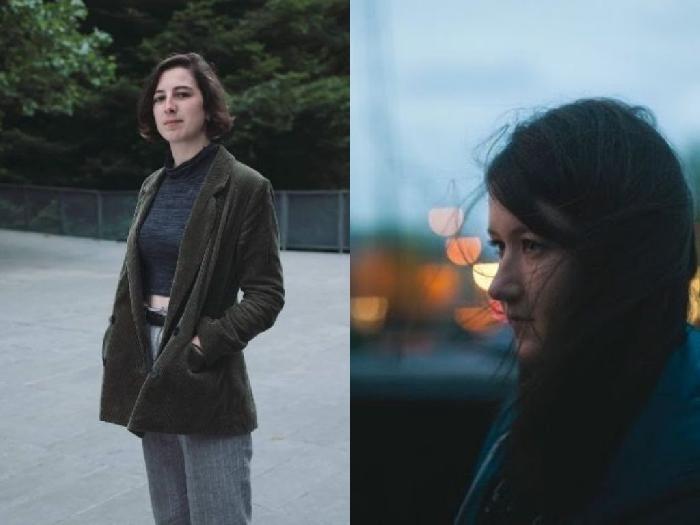