The track is a mesmerizing, pastoral piece of psych-folk, the playfulness of Aoife’s instrumentation juxtaposed by her beguiling voice as she meditates on the pain of friendships drifting apart (“the weight of the water / it holds you and tortures time away from you”). It's also the first taste of the follow up to her much loved 2020 debut 'Land of No Junction', with further details to come later on that.

Aoife elaborates on the song’s origins: ‘Emptiness Follows’ is about the intimacy and deep emotional connection of friendship. The song captures these moments — the water as the weight of the emotional connection we share, the small details we remember ‘the shape sits beneath your earlobe’. The movement and colour of the music, the harp constantly flowing throughout, are emphasising a profound importance in acknowledging an eternal kind of love. I wanted my voice to be close and up front and vulnerable like Serge Ginsberg’s ‘ Histoire de Melody Nelson’’.

The accompanying video was directed by filmmaker Zoe Greenway and was shot in the South of Ireland in Kinsale, Co Cork. Greenway contextualizes: "The video for Emptiness Follows emulates an impressionistic vision of memories. The juxtaposition of light and dark imagery replicates a feeling of fragmented remembrances. The evocative visual textures explore the distorted yet halcyon nature of memory." It's a perfect visual representation of Aoife's thrilling emotional and sonic landscape. Where Frances’ powerful voice lights a path through intricate arrangements and psychedelic flourishes.

Having just wrapped up a tour of Europe with the Weather Station, Aoife is currently on tour in America supporting Alex Cameron. She’ll tour Europe again this fall supporting Destroyer in addition to a run of newly-announced headline dates. Full routing below.

A cassette release of "Emptiness Follows" will include the B-side "Emptiness Follows (Dreams of Our Love)," an experimental alternative to the A-side. Both are available to listen to digitally now and out physically June 17th.

Aoife has spent time in the west of Ireland over the last two years working on new music. Her 2020 debut album ‘Land of No Junction’ won praise from Uncut, The Quietus, MOJO, Aquarium Drunkard and Pitchfork, with the latter describing Aoife’s voice as “...a headlight in fog. Her debut abounds with deceptively serene serenades and surprising lyrical shifts.”

Praise for Land of No Junction:

"Land of No Junction is hugely compelling... an album that goes its own way. You're strongly advised to follow the path it’s beaten." The Line of Best Fit

"The Irish songwriter’s voice shines like a headlight in fog. Her debut abounds with deceptively serene serenades and surprising lyrical shifts." Pitchfork

"Turn on, tune in, drop off: dreamy debut from enigmatic Irish auteur.... questing for the freedom to explore her own private Narnia in peace. A place of quiet certainty - it's a compelling landscape to ponder in a treacherous age." Uncut 'Album of the Month'

"sharing ambient material with Cate Le Bon and Broadcast, these are songs that chime delicately with an uncertain world" **** MOJO

"Her magnificent songwriting only makes those peaks feel higher, and the valleys lower." Bandcamp 'Album of the Day'

"an alluring languid debut to help the winter months glide by.... drifts along with real charm" **** The Times

"These songs are careful things, composed and played with an elegant precision, and infused with a deep, netherworldly quality" **** Metro

"a debut full of ideas.... explored with an unrestricted freedom" Loud & Quiet

"halfway between beguiling folk and melodic luxe" The Guardian

"ambient pop and dreamy, semi-orchestral psych-folk....Pentangle with Nico and Jane Weaver as co-vocalists... there is much to look forward to from this most individualistic of songwriters." Irish Times 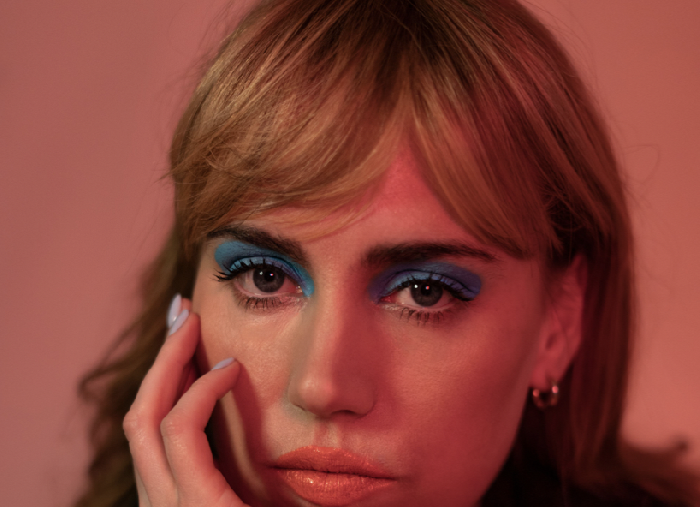