Ichiko Aoba has nestled beneath the radar in the West but 6 albums in she has connected with audiences for her often English language and dream-inspired ‘Windswept Adan’. Her songs are directly informed by her dreams and 2018’s ‘qp’ was recorded all but completely in the dark.

A rising star in Japan, her music soundtracks Zelda for Nintendo Switch as well as multiple popular theatrical productions.

Aoba says “I started writing the plot for Windswept Adan before the music. ... set in the remote reaches of the ocean south of Japan, on a pair of fictional islands inhabited by a tribe of inbred families... a young girl from the tribe is sent to Adan by her grandmother in the hope of preserving their bloodline while escaping the cycle of intermarriage. “The island has no words, but instead, the inhabitants exchanged shells. The story plot began from, ‘there were no words on that island.’”

There’s a lot to the minimal ambient acoustic explorations; varied instrumentation all played, produced and released on the artist’s own label, mentoring and collaboration with Cornelius among others who once told Red Bull Music Academy that she was “really at the forefront of her generation. In the years to come, I would not be surprised if people all over the world begin to see that, too..”

Aoba has developed an intentionality and purposefulness which belies her output; a universality hinting at impressionism and jazz because she plays and sings different moods, a surreal yet simple sound - storytelling informed by time spent outside of her body, as well as Studio Gibli & Disney.

Support on the night comes from Sam Clague. Sam is a multi instrumentalist, songwriter and producer from cork. His songs are usually driven by intricate and complex guitar arrangements that echo the sounds of 60s Bossa Nova and 70s folk. Sam’s first two E.Ps were recorded DIY and feature an eclectic arsenal of sounds from clarinets and violins to beer bottles and wine glasses. The production style creates a warm psychedelic sonic space for his songs to live in. Sam’s debut album will be released this year. 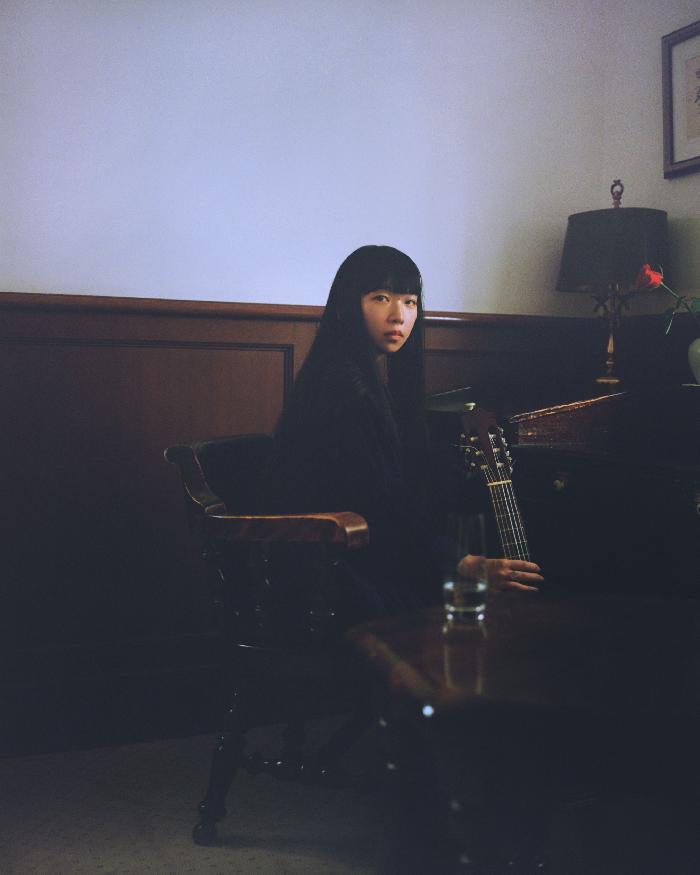