Kieran Goss and Annie Kinsella return to Cork with songs from their debut duo album ‘Oh, The Starlings' songs, stories and harmonies that transport the listener to another world, this is music from the heart, for the heart… A show to make you laugh and cry. A show to move you with its honest beauty. A show not to be missed.

Recorded in New York with eight time Grammy winning engineer and mixer Kevin Killen at the helm (David Bowie, Peter Gabriel, U2, Elvis Costello), 'Oh,The Starlings' has been described by songwriter Rodney Crowell as: "So good, it’s heartbreaking... the record itself feels like an old friend.”

Having already won the kinds of reviews that signal their elevation onto the international stage, Kieran Goss and Annie Kinsella's 'Oh, The Starlings’ is a work of art with poetry and melody at its heart. While at times reminiscent of the great music of the 70s – Joan Baez, Joni Mitchell or Leonard Cohen – Goss and Kinsella have undeniably succeeded in creating something magnificently, uniquely theirs: an album that is both classic and modern, simple and multi-layered, quiet and dynamic.

"Individually, they are both gifted singers but when they sing together, magic happens… the harmonies, the chemistry… just sublime.” - Time Out Magazine.

"Oh, The Starlings is a stunning debut! An astonishing, genre-defying piece of work.It’s one of those recordings that rewards repeated listening by revealing subtle textures that might have been missed the first time around. I’m confident that it will find its way on to “Best of” lists when we look back on the recordings that moved us in 2019." - Irish Music Magazine - 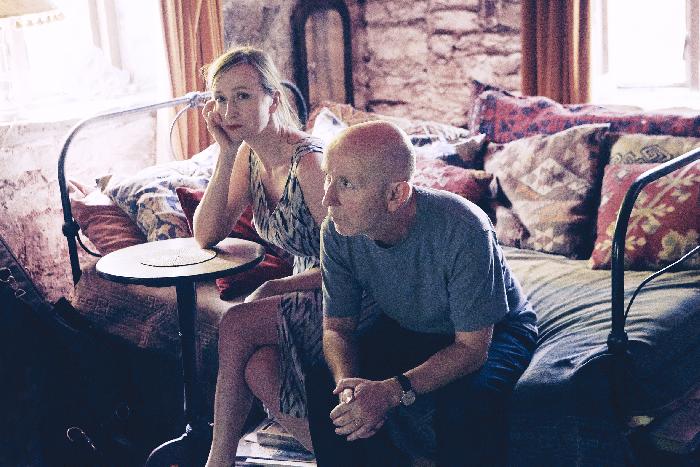