A rare chance to experience this exiled Irish performer with his stunning songbook and his legendary stage presence. Pierce Turner is an international award-winning and critically-acclaimed composer, songwriter and performer. Called “The Wexford legend” by RTE’s John Kelly, Turner, now living in Manhattan, has been described by New York Magazine as “one of this city’s great gems.” He has performed with Philip Glass, Pete Seeger, Regina Spektor, Patti Smith, and Iggy Pop, Irish legend Christy Moore wrote a song in dedication called “I love the way Pierce Turner Sings” He has has scored music for TV and film including HBO’s The Wire. In concert, Pierce will incorporate poignant and entertaining excerpts from his book into a passionate live musical performance. Whether as a singer, storyteller, or performer, Turner has a penchant for the unexpected and the unorthodox, rewriting the stage rules to present his exceptional artistry with poetic observation and humor. “Easily one of the most important Irish rock artists of the last twenty years” – The Irish Times “He has created what I confidently believe to be the finest body of work in contemporary Irish music, bar none.” - Liam Fay of The Sunday Times 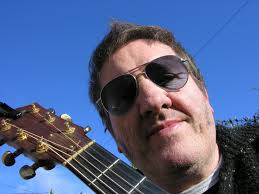