The Niall McCabe band are set to release their second album, "The Village Hall", following the success of their first album "Part of the Light" which garnered them RTE Radio 1 album of the week, TV appearances on "The Saturday Show" and much critical acclaim. Amongst a busy year of shows, and festivals such as Electric Picnic, and Soul in the City, the band recorded the album live in The Village Hall Vintage Emporium in Cork over two nights in front of a live audience.

Having held a weekly residency in IMRO venue of the year "Coughlans" for over three years, the band performed over 300 shows together. Their second venture captures the energy and spontaneity developed in these years, and displays a band fully in tune with each other, enforced by the incredible vocals of McCabe ontop, allowing them delve deeper into their shared musical tastes and a preference for live performance.

The eight songs on the album are a further development of the bands’ Transatlantic Soul sound mixing folk, rock and soul influences; sometimes subtle, sometimes overt. 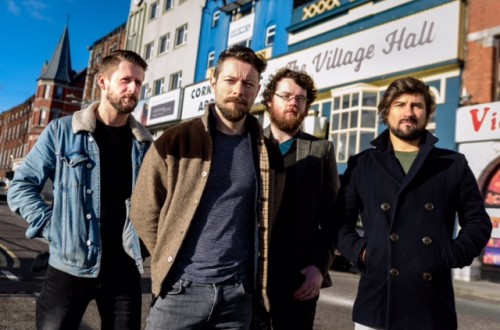