A cross genre multi-instrumentalist, Niall, the songwriter and frontman, grew up on Clare Island off the coast of County Mayo. The insularity of growing up on an island has had a profound effect on his song-writing and thinking in general. He feels that “the physical isolation tends to make you think more outwardly and look for connections with the wider world.” The rest of the band comprises of Hugh Dillon on electric guitar, Dave Duffy on bass and Davie Ryan on drums. Musically, the band share a very coherent outlook having played together in various groups over the last five years including Jazz quartets and Big-Band Soul outfits. Steadfast in developing a solid style that displays the musical skills of each member, the band are motivated by the simplicity of playing ‘for the song’. The band released their album Part of the Light in March 2014 to critical acclaim. Featured as Radio One’s Album of the Week and played extensively across national radio. The band followed national touring with live performances on The Saturday Night Show and Radio One along with a sold out headlining show at The Westport Arts Festival. 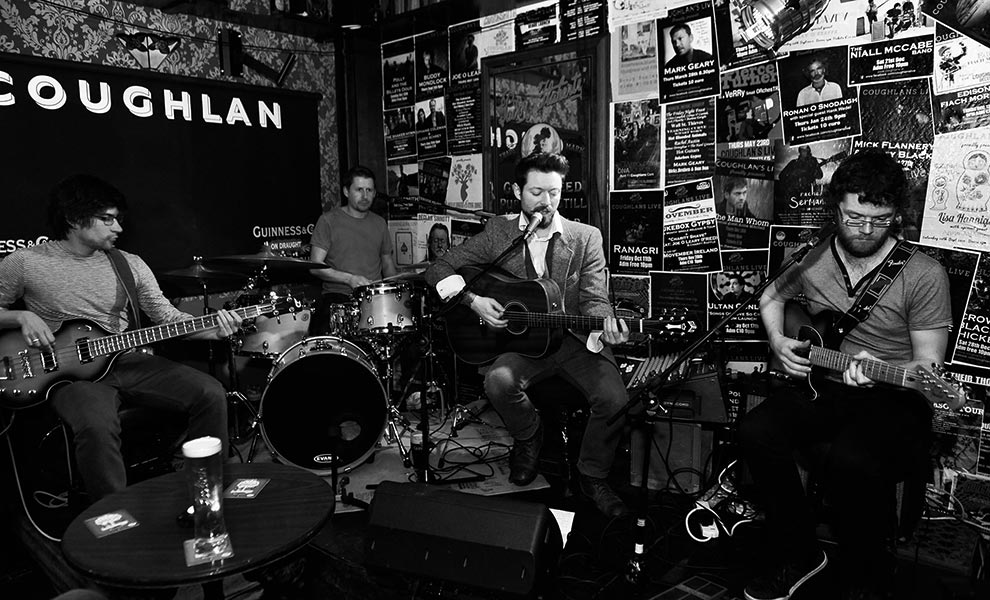