Mary Coughlan’s music career has been a roller coaster, one hell of a ride, and this Live & Kicking concert will reflect that, featuring all the songs that are close to Mary’s heart and life . Mary Coughlan has often been described as the greatest female vocalist and interpreter of songs that Ireland has ever produced. Mary Coughlan proudly stands alongside, the iconic giants of jazz on both sides of the Atlantic, Billie Holiday and Edith Piaf. Mary Coughlan is the only singer these shores have produced to rival the greatest of European cabaret and American jazz club blues because of one thing: her unique voice. She is unique in blending the whisky-blurred, smoke-seared, husky notes and laconic wit of Billie Holiday and Peggy Lee and the line of deep, down and dirty blues singers back to Memphis Minnie and Bessie Smith with the sardonic, bitter-sweet defiance and despair of the Piaf And Mary Coughlan delivers it all in a delicious and unapologetic Irish drawl, sceptical, rueful, mournful and melting, ardent for love, all in one voice which wraps itself around Cole Porter and Jerome Kern, Elvis Presley and Joy Division.

Mary is our greatest female singer because over twenty-five years and ten albums she’s made the most grown-up, uncompromising, wholly personal and utterly universal music on either side of the Atlantic about what goes on between men and women. She has taken the classic standards of jazz balladry and the recent gems of rock and Irish song-writing, shaken them and offered them up anew. She sings in the voice of the wrong and wronged woman and she makes us think what it is men make of women and what women have to do to make do. She has just one other forebear in the pretty pallid parade of female pop artists, just one other woman whose bruised, haunted voice could find and enjoy the inconsolable longing and loss in a three minute pop song: Dusty Springfield.

Daily Mirror “A consummate talent at the top of her game. This suavely sequenced album has the magnificent Mary expertly pacing her way through a merry dance of genres, in songs that are rich in character.”

Mail on Sunday “Pete Glenister spotlights Coughlan’s voice, which can bleed like Billie Holiday or blaze like Shirley Bassey”

Sunday Times Ireland “Rarely has an album referenced a life so pointedly”.

Blues in the South A wonderful example of a jazz-based album. Sometimes called a new Billie Holliday, but she is better than that. She turns her stunning voice to anything, not a duff track here.

Audiofileman.com This new album is beautifully mastered & bathes in a delicate wash of space. Coughlan has a voice chiselled by years of experiences & she’s now telling her story.

Get Ready To Rock Life Stories’ is a reaffirmation of what fans already know is a special talent. ****

Blues Blues.co.uk “Life Stories is storytelling at its best and she makes you believe that you are listening to her life stories”.

Music Republic 5/5***** “One listen to her stunning new album & it’d be obvious to a deaf man that her effortless vocal ability is a rare gift & she can more than back up the accolades & reward the adulation”.

Musicriot.com 5/5*****““Life Stories” is one of the best albums I’ve heard this year. It’s a journey from pessimism to optimism with occasional flashbacks and doesn’t ignore the fact that even the most horrific journeys can have their humorous twists and turns. It’s a fine set of musicians creating settings that make these twelve diamonds sparkle.”

Velvet Thunder “To hear her sing is truly to be at the core of the human heart”.

Blues in Britain “The whole album could easily be the soundtrack to a biopic.. a life story indeed” 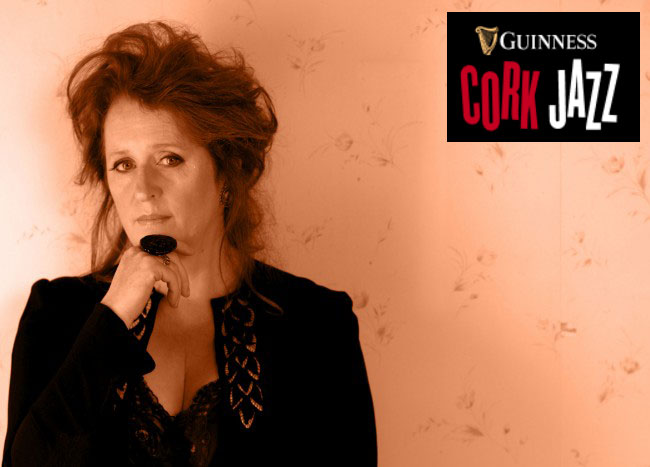