Lisa Canny hails from Co. Mayo. After spending 6 years on the road in the U.S. with groups Celtic Crossroads and The Young Irelanders Lisa has decided to go-it-alone! With traditional music at the foundation of her music (having 7 All-Ireland titles on harp and banjo to boot!), mixed with Lisa's hugely soulful voice and classic pop songwriting influences, expect to hear something similar to a modern take on the likes of Kate Bush or Sinead O'Connor. After releasing her debut single "Lifeline" June '15 (top 10 hit in Irish Charts) Lisa toured the country with her 6 piece band. "Standing up on stage, in her platforms and jumpsuit, harp between her legs or banjo in her arms, belting out original songs about domestic abuse on women, sex in the catholic church, deals with the devil, boys on Tinder, brutal break-ups, love and hate, and women that will hunt you down if you mess with them, Lisa is a symbol of 2016 female-empowerment and is frequently applauded for her honestly and openness as a songwriter! She has already gained the following of thousands of fans worldwide!" (Jodi Marr, Grammy-Winning Songwriter) Discovered by Miles Copeland (The Police, CIA Records) at a gig in LA Lisa was flown over to ASCAPs Annual Songwriters Retreat to work with some of the industry's top artists, producers and songwriters, including The Kaiser Chiefs, Plain White T's, Mike Posnor, Priscilla Renea (Rihanna, Kesha, Madonna) and Hillary Lindsey (Taylor Swift, Carrie Underwood). From that Lisa signed a publishing deal with AbFab Artists (Nashville/London) and has since been working towards her debut album with songwriters/producers in London and the U.S. Her upcoming acoustic tour comes just before Lisa makes the big move to London. Expect to hear the above descirbed, but stripped back to the intimate setting of just harp, loop, and vocals. You're sure to be a Lisa Canny "Fanny" after you've been to one of her gigs. 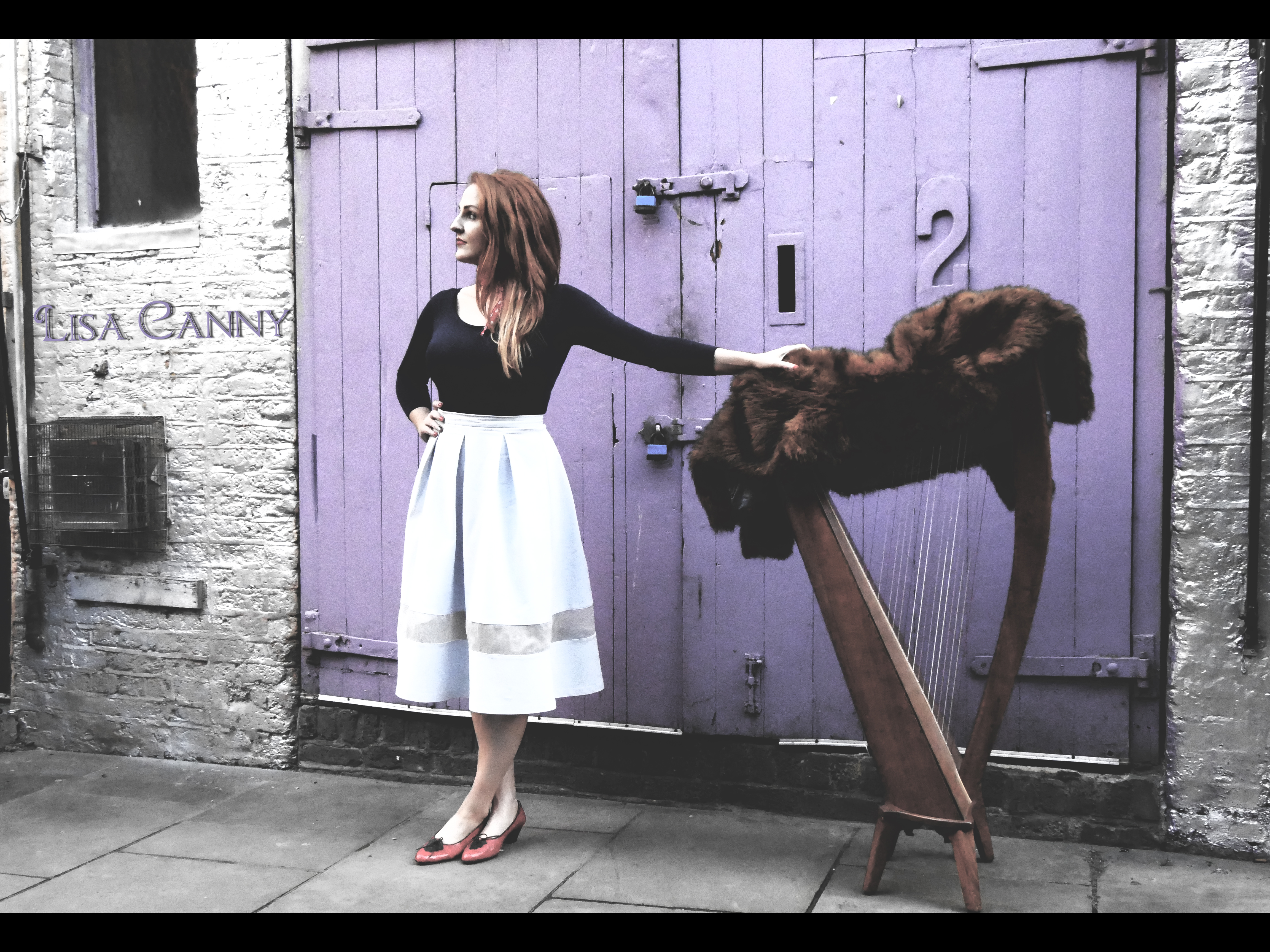