KRIS DREVER (Lau, BBC Folk Singer of the Year 2017) with special guest John Blek Kris Drever is one of the Scotland’s finest and most prolific songwriters. Returning to Ireland following his acclaimed If Wishes Were Horses album and awards for BBC Folk Awards Best Singer and Best Original Song. Much of 2018 has been spent touring playing a best of his career to date set and preparing a new album with Lau. This is a rare chance to see Kris in an intimate concert setting. If Wishes Were Horses is a collection of semi-biographical songs covering the universal, and not so universal, themes of education, politics, sex, love, ennui, self-employment, social migration and Shetland. Drever’s recent outpouring of songs stems from a move back to the Northern Isles, Shetland this time rather than his native Orkney and the discovery of new lyrical voices to describe his life, times and wild new surroundings. Helping Kris realise the album are the renowned guitar genius Ian Carr, ace bassist Euan Burton and Admiral Fallow frontman Louis Abbott on drums and vocals. Drever’s voice and guitar is a part of the backbone of today’s contemporary roots and folk scene. Hugely admired as a solo artist, collaborator, and member of folk superstars Lau, he is a phenomenal and prolific artist. Drever has already played alongside Jack Bruce, Bela Fleck, Tinariwen, Joan As Police Woman, Jerry Douglas, Danny Thompson, Tim O’Brien, Sarah Jarosz, Shawn Colvin, Phil Cunningham, Rosanne Cash, Roddy Woomble, Eddi Reader, Adem, Kate Rusby, Julie Fowlis, Karine Polwart and many more. Alongside the new material from If Wishes Were Horses, Kris will revisit old songs from across his back catalogue playing many outside of the recording studio for the first time. Fans can get involved by posting, on his Facebook page, old songs they would like to hear; Kris will then pick from those selections. Kris Drever is a serious talent — MOJO The folk revival has a new standard bearer — Q Magazine 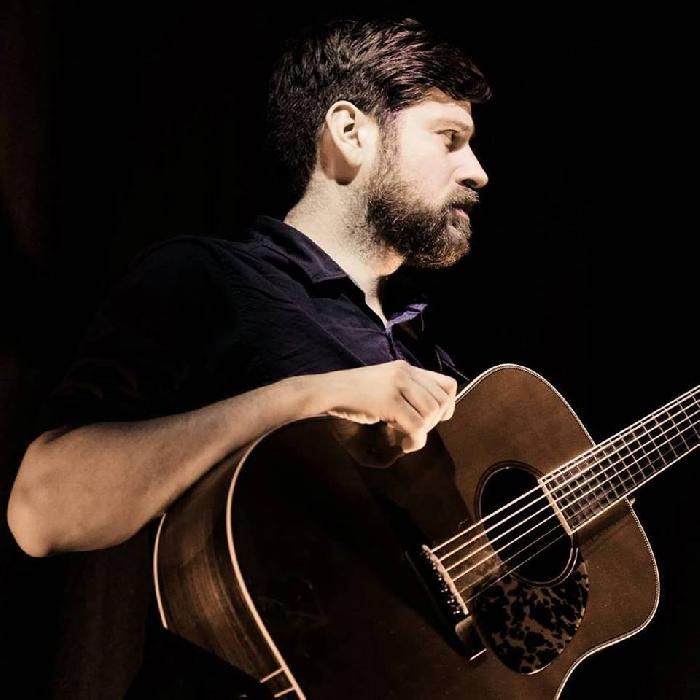