Julien & John is an instrumental acoustic guitar duo based in Dublin (Ireland).

Julien & John started off in February 2014 when they got hired to play a background gig in a restaurant in Dublin on a Saturday night. The complicity and the similar musical taste drove them to build an exclusive repertoire pretty quickly and by May 2014 they had played their first official gig in the "Centre of Creative Practices".

Following the amazingly warm response of the gig, the duo kept performing regularly in the Stags Head (one of the most well know pub/venues in Dublin) consistently gaining more followers leading up to the recording of their debut album in June 2015.

What sets the Julien & John duo apart is their unique repertoire of mainly pop and soul tunes as well as original compositions and soundtrack themes.

Julien's jazz background and John's classical background merge together into a refined, polished and articulate instrumental repertoire which is yet very accessible to any type of punter, making their performances a very sought experience. 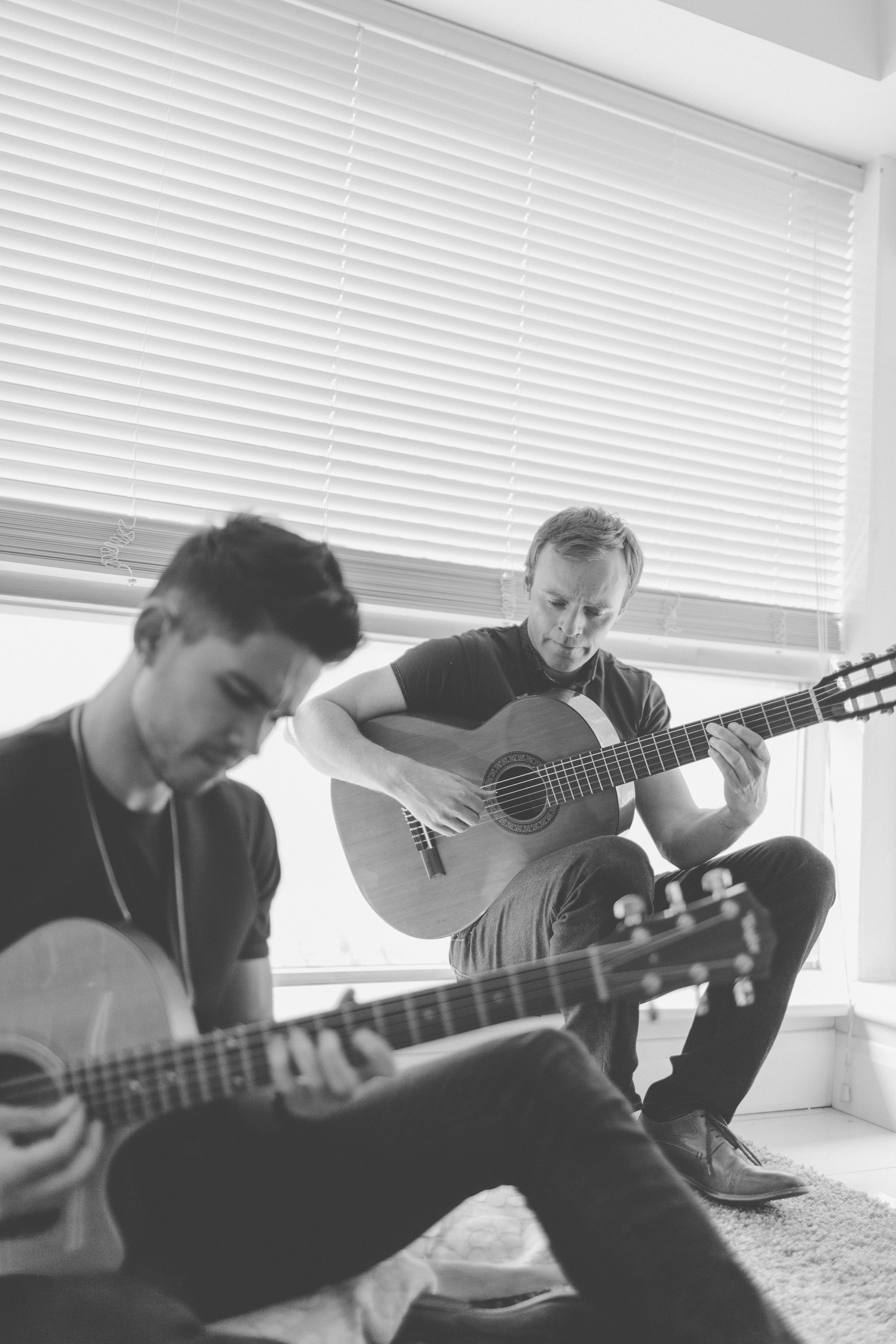