It’s not easy to hold an unclouded mirror up to the world. The temptation to fog up truths or angle them in ways that are less painful is nigh irresistible. To look at things as they are - warts and all, good and bad - requires a brave heart and sturdy constitution. To then stir that honest stuff into songs that communicate successfully to others is rarer still. This is what Oakland, CA-based singer-songwriter John Murry does with clear-eyed, unsentimental efficiency. Cut from the same cloth as Elliott Smith, Lou Reed, Jeff Tweedy and Darkness On The Edge of Town-era Springsteen, Murry faces what he sees in the glass unflinchingly and then turns the mirror on us in ways that allow one to see their own reflection in sharper focus.

The Tupelo, Mississippi native brings some of the literary heft of his second cousin, William Faulkner, to the table but there’s no mistaking that he’s up to rock & roll business, his sound howling with electricity, distortion, and ornery, primal growl, the rabblerousing spirit of the MC5 and Patti Smith breathing anew through Murry. The combination of emotionally unsparing, high-minded thinking, streetwise poetry, and gutbucket execution garnered Murry’s latest full-length album, The Graceless Age, top critical honors around the world including Uncut (“the kind of album that answers questions you didn't realize you were asking”), a 5-star review from MOJO (“formidable stuff”), raves from American Songwriter (“an album that doesn’t hide its ambitions to be great”), Q Magazine (“intensely beautiful”), and Dirty Impound (“allowed full sway The Graceless Age will leave one more tender and aw are of the perverse duality of love, so fragile in some ways but also a force that draws us out of darkness and into the rough business of living.”). 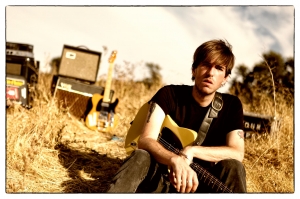