JIM ROONEY is a folksinger. He is a leading member of the generation that came of age during the great folk music revival of the late 50s/early 60s for whom the moniker ‘folksinger’ encompassed not only performing but, like Alan Lomax, Mike Seeger, Paul Clayton, Dave Van Ronk, and others, also included folklore ‘scholarship’ exploring related roots music. Rooney’s career branched into many areas of bringing this heritage into the popular culture – from managing the quintessential Boston coffeehouse CLUB 47 to booking the NEWPORT FOLK FESTIVAL to publishing songs recorded by Country Music megastar GARTH BROOKS to producing albums of a number of the most influential post-Dylan singer-songwriters ( Townes VanZandt, Nanci Griffith, John Prine, Iris Dement) to authoring works documenting the history of American folk music. Soon to be added to this last category is a personal memoir, IN IT FOR THE LONG RUN (University of Illinois Press, 2014).

MICK DALY is a true legend of the Cork and Irish music scene having played for over 40 years with the iconic Lee Valley String Band. During that time he has also been a member of Arcady, Any Old Time, The Mary Black Band, Scullion, and was part of the original Four Men and A Dog line-up. He is equally at home playing traditional Irish music as traditional American bluegrass and Old Time music whether on 5 string banjo or guitar and is also an exceptional singer and interpreter of traditional song

ARTY MCGLYNN is without doubt one of the most influential Irish musicians of the last 40 years. His career began during the showband craze, and has seen him perform with everyone from Van Morrison to Christy Moore, Paul Brady, Frances Black and Liam O’Flynn. He was born in Omagh, Co. Tyrone, to a family steeped in traditional music and when he was eleven his mother bought him his first guitar. Despite this traditional music background his first influences were Wes Montgomery, Thelonius Monk and other giants of the jazz scene. By the time he was fifteen he was playing professionally and touring throughout Ireland! He released the seminal McGlynn’s Fancy in 1979 and has featured on countless other classic albums including Matt Molloy’s Stony Steps, Four Men and a Dog’s Barking Mad and several with West Cork fiddle player Nollaig Casey. 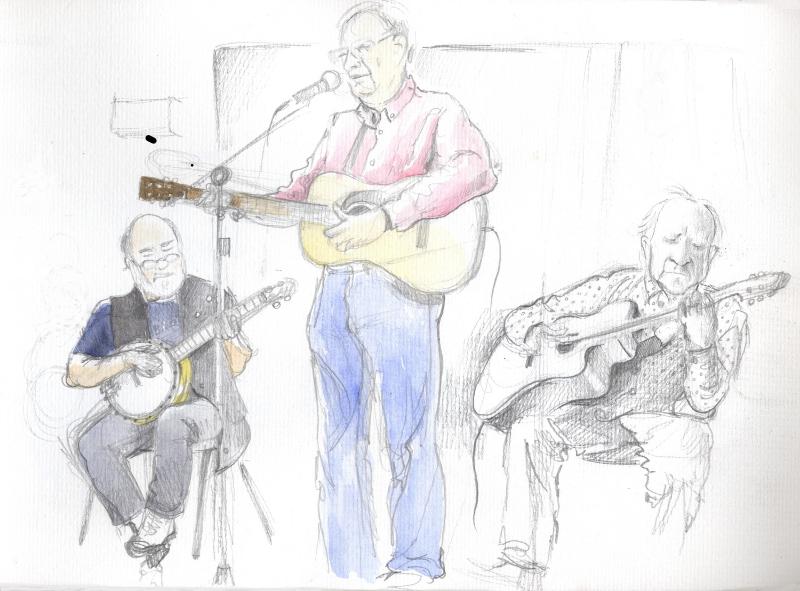