In The Willows are a six piece Alternative Folk band hailing from the South – East of Ireland. They released their debut EP ‘Vantage Point’ in September 2014 as a precursor to the release of their debut album ‘Before Everybody Disappears’. Their music sees the group blurring the lines between folk, alternative, pop and rock to create their own heart warming and aurally fulfilling sound.

In The Willows returned to the studio in October 2015 to record their follow up EP “Fallen Bird”, which was released in February 2016 (available on Spotify, iTunes, Google Play), and received an extremely warm reception in the press. It was recorded at Attica Studios under the watchful eye of Ian McNulty (Villagers, The Ambience Affair, The Young Folk).

“Featuring the spine-tingling ‘Tempting Me’ – their finest recorded moment to date – this EP sees Waterford alt-folk six-piece soar to new heights. Throughout, the harmonies of Daithí Glas and Tara Hefernan are enchanting, while final song ‘Outro’ boasts some magnificent violin playing. The trad stylings of the title track make for a fun change of pace.” – Hot Press Magazine May, 2016

This band has been critically acclaimed across many media platforms and their EP “Fallen Bird” was featured as one of the Top EPs of 2016 in The Last Mixed Tape’s Readers poll. One of the EP’s tracks Tempting Me has also featured as the official theme song for the Irish Government Department of Planning Ireland 2040 campaign earlier this year.

They have performed on many renowned Irish musical festivals and stages such as Electric Picnic, Indiependence, Castlepalooza, Whelans, Smock Alley, Garter Lane, The Set Theatre, The Workman’s Club, Ruby Sessions, Whelans “Ones To Watch” Festival and festivals across Europe. They have also had the pleasure of sharing the stage with Wallis Bird, Duke Special, Damien Dempsey, SOAK and Little Green Cars to name but a few. In The Willows recently made their American debut, at the Folk Alliance International Conference, being named as a standout act at the festival, even amongst some of the biggest names that the folk world has to offer.

“In The Willows play their music with such passion and joy that it’s difficult not to get swept along and tonight was the perfect combination of band and venue as much of the magic would have been lost in noisier rooms. With an eclectic collection of songs and wonderful musical chemistry, In the Willows are an act as enchanting as their name suggests. Highly recommended.” – DublinConcerts.ie Gig Review, EP Launch 2016

“Six-piece outfit shooting out the pastoral folk light with aplomb and flashes of the wow factor” – Jim Carroll, Irish Times”

In The Willows have been locked away writing and recording for most part of 2018/2019, just leaving the studio for their slot at the Cork Folk Festival, and are set to re-emerge in late April with the first single from their upcoming album. 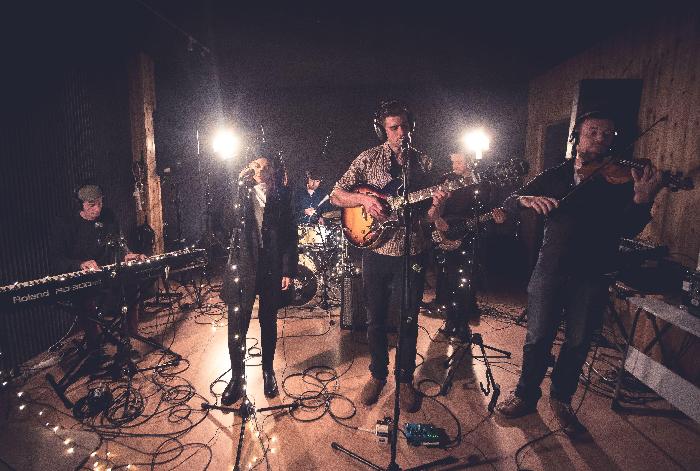