“I Draw Slow are one of the most beguiling and singular acts currently on the circuit.” - Irish Independent.

I Draw Slow is a five-piece outfit comprising vocals, guitar, fiddle, banjo and double bass. Holden siblings Dave (guitar) and Louise (vocals) have been writing together for two decades, starting on Dublin’s gigging circuit with funk operation Tabularasa. Since then the pair have teamed up with:

When Dublin five piece I Draw Slow released their 2011 album, Redhills, it was met by a slew of delighted responses from the Irish music press, both from specialised folk publications and the mainstream media. The Irish Times described their indie Irish/Americana compositions as “musically ambitious, interesting songs, thoughtfully performed”, while the Metro Herald welcomed this “compulsive collection” of original material. Hot Press concluded that “I Draw Slow play and sing with a real sense of joy, never letting the virtuosity get in the way of delivering delicious performances”. Redhills was named RTEís Radio 1’s album of the week and headed the iTunes folk chart for Ireland within days of its release.

Review said the band would give “American top league equivalents a run for their money, with finely crafted songs offering a unique angle of storytelling unlike any other roots band out there”). Soon the band had a profile in Germany, Belgium, Denmark and Stateside, where their music began to appear on US folk radio playlists. By the end of the year Redhills had made the top ten in a number of international album reviews of the year and the band had been signed by the legendary US label Pinecastle Records.

The band is now in great demand in the U.S, touring there extensively over the last two years.They have played all the major festivals including Merlefest (N.C.) Grey Fox (NY) Rockygrass (Colorado), Pickathon (Oregon), the IBMAs (Nashville).

With their latest recording, White Wave Chapel, engineered and mastered by veteran Irish producer Brian Masterson (Planxty, The Chieftains, Van Morrison, Christy Moore, Norah Jones) the band hopes to take their unique sound to an even wider audience. The album reached No 2. in the overall Irish iTunes chart, and was selected as RTE Radio 1's Album of the Week.

It has been described as “bewitching”” (Irish Independent); “13 exquisite tracks” (Sunday Times); “practically begs you to sing along” (Hot Press) and “a thing of beauty, 9/10”

With the line-up of Adrian Hart on fiddle, Colin Derham on claw hammer banjo, Konrad Liddy on double bass, Dave Holden on guitar and vocals and Louise Holden on vocals, White Wave Chapel develops on the distinctive sound fans have come to love from I Draw Slow. It’s an arresting confection of old time Americana, bluegrass and Irish traditional music that swings from melancholia to joy and is always framed within tightly written songs, skilled performances and the lyrical

storytelling the band is now well-known for. 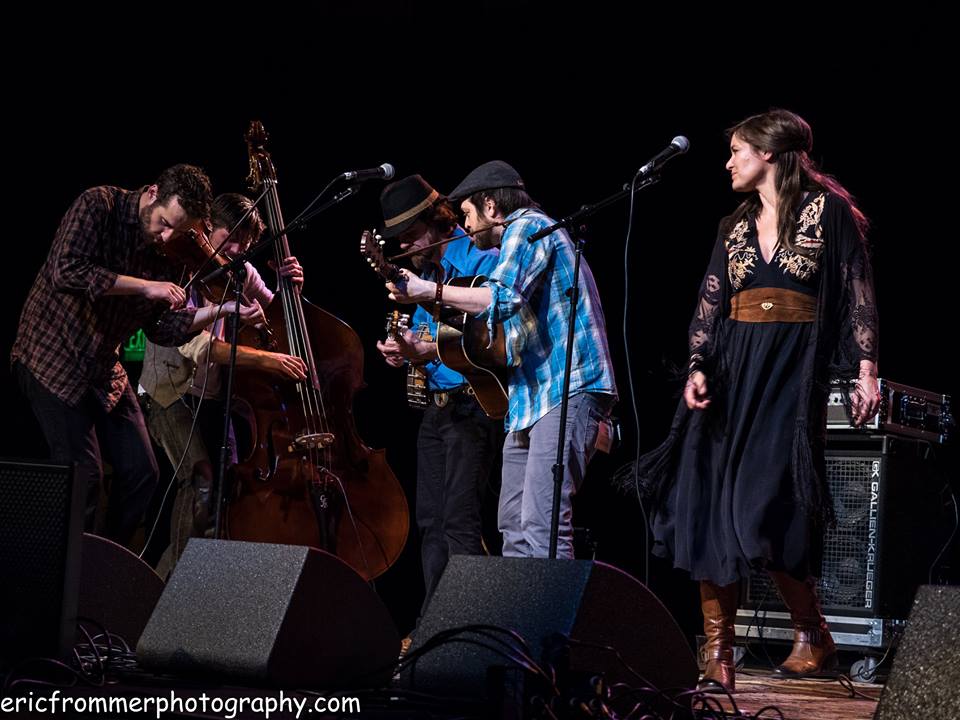