The musical alias of New York-based anti-folk hero Ed Hamell, Hamell on Trial is a one-man punk band that plays loud, fast music informed by politics, passion, energy and intelligence. His caustic tongue and devil-may-care attitude has long been a favorite of anti-establishment musical icons Henry Rollins and Ani DiFranco and the critical elite and incited Rolling Stone to call him “bald, bold and superbad”, describing his signature sound as “attack-dog protest folk and ferocious staccato strumming (think Husker Du on Folkways Records).” He has been described as “Bill Hicks, Hunter S. Thompson and Joe Strummer all rolled into one” by Philadelphia Weekly and a “one-man Tarantino flick: loud, vicious, luridly hilarious, gleefully and deeply offensive” by the Village Voice. His ninth album, The Happiest Man In The World, has just been released on the prestigious New West Records. The album sees Hamell still as uncompromising, fearless, insightful, absurd, hysterical and as poignant as he was when he descended upon the music world with his debut 25 years ago. The LP is chock full of Hamell’s biting wit, rapid fire strumming, motor mouth rants, spoken word interludes, genre hopping and comedic one-liners and features collaborations with Kimya Dawson of the Moldy Peaches and longtime friend and mentor Ani DiFranco. Hamell spent several months on the road last year supporting The Uncluded, the project of Kimya Dawson and Aesop Rock and will be touring extensively in the U.S. and Europe in support of the album and performed at this year’s SXSW. In July he comes to the UK for a tour and in August will be world premiering his one man show The Happiest Man in the World at the Edinburgh Fringe Festival where he previously won the coveted Herald Angel award. Armed with a battered 1937 Gibson acoustic guitar he strums like a machine gun, a politically astute mind that can’t stop moving and a mouth that can be profane one minute and profound the next, Hamell sets his sights on some classic subjects (sex, drugs, and rock and roll) and some personal ones, too. His performances invoke thoughts of the great rebellious comedians and social commentators of the past: Lenny Bruce, Bill Hicks, and even a bit of Sam Kinison. Hamell is a great mind; acoustic punk rock mixed with a traveller’s soul. There’s no way around his obscenity, but in that is a willingness to fight for the freethinkers of the world. Hamell On Trial is a refreshing punk rock bomb on the unsuspecting folk singer-songwriter world and above all else a preacher of common sense and truth. 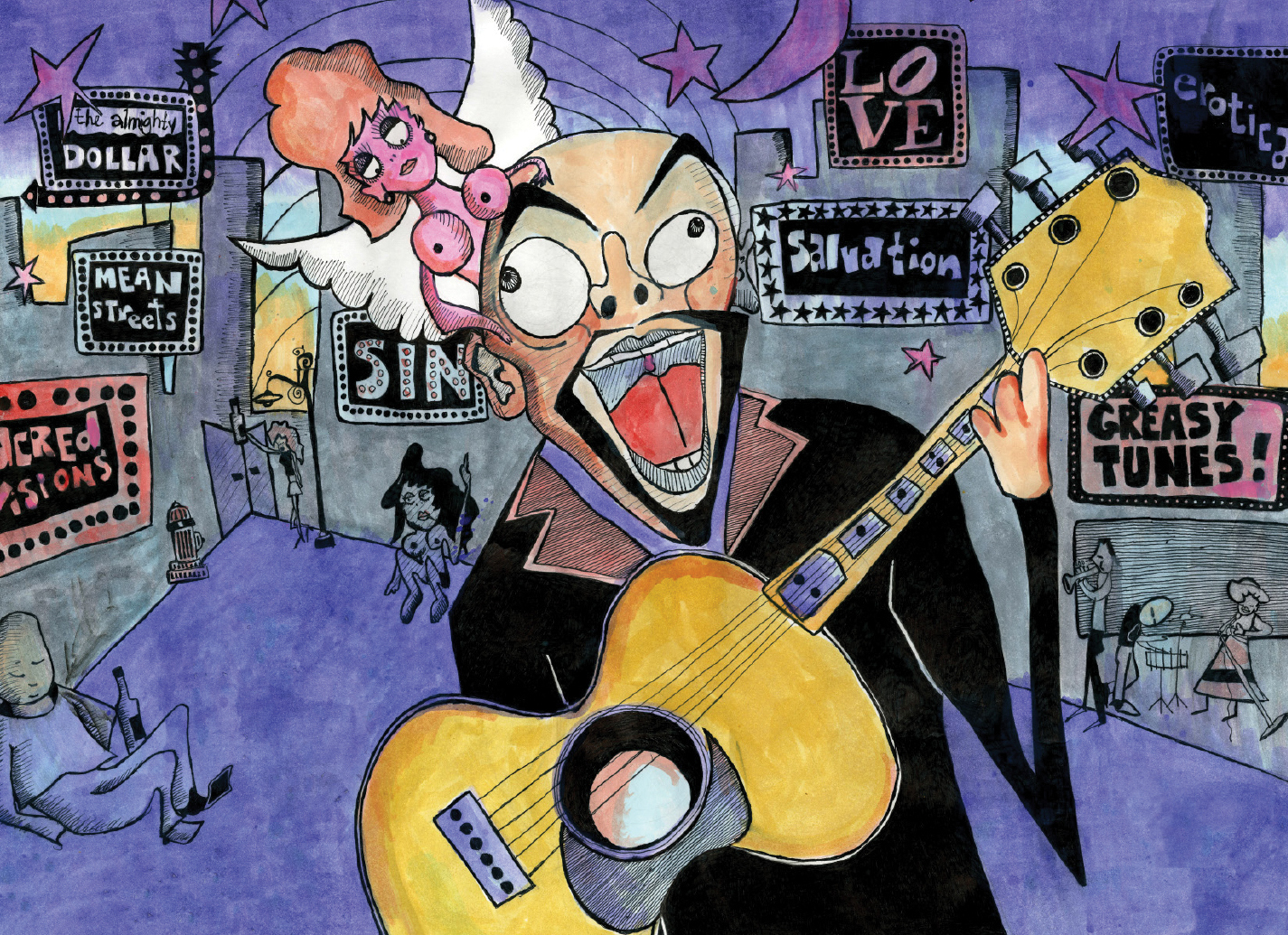