Greenshine are a family trio of Mary Greene, Noel Shine and their daughter Ellie Shine. Two albums in they have become firm favourites on the Cork and national folk scene. Ellie brings a fresh, new voice to the concert stage and airwaves and the close family harmonies they produce are a big feature of their set.

Following on from the success of their single and album The Girl in the Lavender Dress (most played track on RTERadio1 for over a month and third most played Irish track for the year of its release 2016 and reached No. 1 in the iTunes Ireland Singer-Songwriter Chart) they are enjoying similar success with their current single Dandelion Seed which spent over a month at the No. 1 spot on RTERadio1's Airplay Chart this year and over a month on the RTERadio1Recommends List.

The trio's song City of Dreams captured the imagination of listeners and tells the tale of Kurt Cobain's trip to Cork to play Sir Henry's in 1991. The trip had a huge affect on him and he subsequently discovered Cork roots.

Noel and Mary are much in demand as session players and musicians and have graced the recordings a variety of artists including The Republic of Loose, Christy Moore and John Spillane. Greenshine are currently working on their third album.

What they say about Greenshine:

"The sound of a family immersed in music, tight in harmony, in love with song. Shine on greenshine," - Christy Moore

"I loved this album instantly,and have been listening to it constantly. I love the choice of material, especially Mary and Noel's own songs," - Sharon Shannon

"One of the most creative things to come out of Ireland in quite a while," - Aonghus McAnally RTE Radio 1

Cormac O Caoimh has just released his third solo cd “The Moon Loses Its Memory”. It has already been featured and received excellent reviews in The Sunday Times, The Daily Star, Hot Press, The Ticket and many many more. He has done live sessions and interviews on RTE Radio 1, NEwstalk, KCLR to name but a few and 12 of the 14 songs of the cd have already received airplay on national and local stations. A full gig of his - live from HMV (who are also stocking the cd in their stores) went out live on the RTE website. And on the success of this new cd he has received endorsement deals with Godin Guitars, Schertler acoustic amps and Logjam stompers.

The finished product was also a very unique collaboration between the audio and the visual, between pictures and words, between stories and dreams...between the songwriter (Cormac O Caoimh) and between the photographer (William Crowley).

William Crowley chose 14 of his wonderful photographs that personally related to each song.

Cormac O Caoimh is a singer-songwriter and classical guitarist from Cork, Ireland. His intimate vocals and exquisite guitar playing is attracting the attention of musicians and music lovers alike. He can count Tom Robinson (BBC) , Ron Sexsmith, Fiachna Ó Braonáin (Hothouse Flowers), The 4 of US, Mark Geary and Pat Coldrick among a long list of musicians who admire his music and he is being championed by a whole host of music bloggers, djs and music journalists.

the moon loses its memory reviews:

"This is one album you should not ignore" - Folkwords

"will accompany me on my travels in the future, given it's uplifitng and strong pop-folk vibe" - Remy's Music & Film Guide

“a refreshingly broad album.. an amalgamation of art and music.. the result is intriguingly beautiful..I’m definitely a fan.”- Inserttitle.ie

"Cormac's songs are like little sculptures... considered, shaped and honed into things of beauty that find their way to your soul." 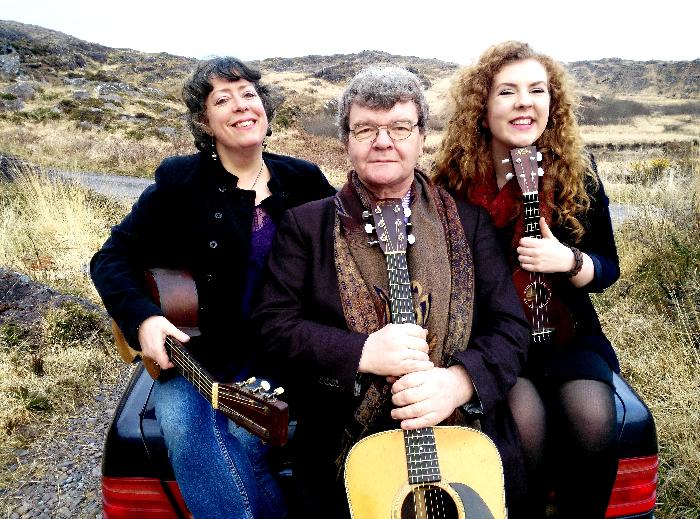