RTE FOLK AWARDS BEST GROUP NOMINEES and Vicar Street Award Concert performers, Greenshine are a Cork based trio consisting of Mary Greene, Noel Shine and their daughter Ellie. Their songs have featured on Irish airwaves for many years and their tracks have travelled far beyond their homeland and into the waiting ears of music lovers worldwide. Greenshine's music straddles the boundaries of Folk, Indie and Americana with intertwining harmonies, skillful stringwork and critically acclaimed songwriting.

Their latest single, White Trails has appeared on several SONG OF THE YEAR radio lists and Noel and Mary have appeared on the recordings of multiple artists including Christy Moore, The Republic of Loose and John Spillane. Their original material has featured in a variety of national ad campaigns, film and radio signature tunes. The band is currently working on their new album and a series of singles.

"They have produced one great record after the next over the last few years," John Creedon, RTE Radio 1

"I have to say how much I admire an act that are unafraid to sound so different with each release yet still sound like themselves. Greenshine do this. It's a proper skill," Enda Guinan Obsession Digital Radio.

"The Sound of a Family immersed in music, tight in harmony, in love with song. Shine on Greenshine," Christy Moore.

Hailing from Mayo, on the Wild Atlantic coast of Ireland, Vickers Vimy craft songs that dwell on the borders of Folk and Americana. Rich eclectic sounds anchor lyrical themes of scratched vinyl nights and hazy Sunday mornings. Their second album “Atlas of Hearts” was released in March 2018, making the Rte Radio One recommends list, with the two singles ‘Keep your eye on the road’ and ‘Mermaid Of Luna Park’ being playlisted. Vickers Vimy have collaborated with Colm Mac Con Iomaire (The Frames & Swell Season) and had the pleasure of recording in the studio of Nick Seymour (Crowded House). Vickers Vimy have had the amazing fortune to support the late John Martyn. They have supported The Hothouse Flowers, The 4 Of Us, Maria Doyle Kennedy, and Mundy. They have shared the RTÉ Music Train with Christy Moore, Paul Brady, Kodaline, and Jack L. In a landscape that can truly rattle your bones and inspire your dreams Vickers Vimy continue to document in song the wonders of the Wild Atlantic. 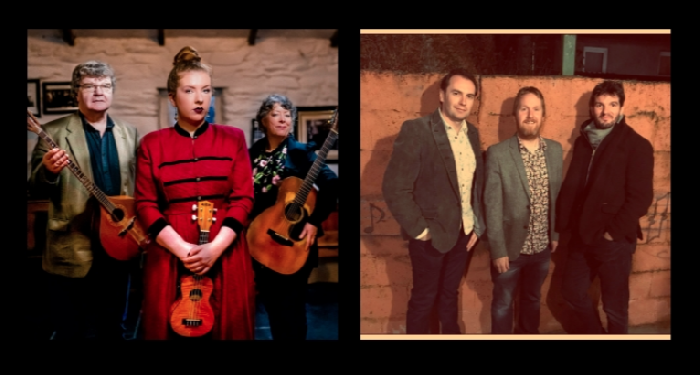