GREENSHINE is a Cork based family trio comprising Noel Shine, Mary Greene and their daughter Ellie. Their material straddles the boundaries of contemporary, folk and roots and includes many self-penned songs.

The band is known for striking family harmonies, excellent musicianship and the quality of their songwriting. Their singles including The Girl in the Lavender Dress, Dandelion Seed & The Good is Gone consistently reach the top spot of the RTE Radio 1 Airplay Chart while their song Brother (written with Cormac O Caoimh) from their latest critically acclaimed album Family reached No. 2. 'Family' was recently made Album of the Week on BBC Ulster's Late Show and also on KCLRfm's Ceol Anocht and the band were named Euro American Chart's "Ones to watch".

They have played live on Today With Miriam O Callaghan, Today with Seán O Rourke and RTE's flagship Arts show Arena. Their music has been used as signature tunes on national radio shows and on ad campaigns for Folláin Preserves. Mary's song 'Meet Me In The Garden' was featured in Carrie Crowley's film Waterway.

A feature of Greenshine's set is their warm-hearted banter and song stories. Christy Moore described Greenshine as: "...the sound of a family immersed in music, tight in harmony, in love with song," - a fitting tribute to a family who has made music their life.

Hailing from Mayo, on the Wild Atlantic coast of Ireland, Vickers Vimy craft songs that dwell on the borders of Folk and Americana. Rich eclectic sounds anchor lyrical themes of scratched vinyl nights and hazy Sunday mornings. Their second album “Atlas of Hearts” was released in March 2018, making the Rte Radio One recommends list, with the two singles ‘Keep your eye on the road’ and ‘Mermaid Of Luna Park’ being playlisted. Vickers Vimy have collaborated with Colm Mac Con Iomaire (The Frames & Swell Season) and had the pleasure of recording in the studio of Nick Seymour (Crowded House).

Vickers Vimy have had the amazing fortune to support the late John Martyn. They have supported The Hothouse Flowers, The 4 Of Us, Maria Doyle Kennedy, and Mundy. They have shared the RTÉ Music Train with Christy Moore, Paul Brady, Kodaline, and Jack L. In a landscape that can truly rattle your bones and inspire your dreams Vickers Vimy continue to document in song the wonders of the Wild Atlantic. 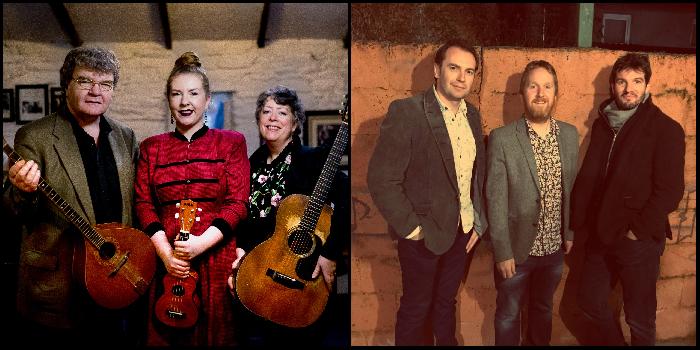