Dublin based Columbia Mills release ‘Headlights’, the second track from their critically acclaimed ‘Factory Settings’ EP. ‘Headlights’ is the follow up to last year’s ‘Never Gonna Look At You The Same’. From the unsuspecting seaside town of Bray on Irelands east coast emerge Columbia mills. A collective tour de force creating a head-onistic mix of musical textures, reverb saturated guitars, glorious beats & beautiful tragic sounds. Imagine the Jesus and Mary chain making a 'Screamadelica' and you're close. The bands name comes from the legendary building based on Dublin’s Quays. In the early 90s the building became a mecca for the illegal rave scene bringing people together from all walks of life and all musical tastes. The diversity of music and social classes is something that has left a lasting impression on the city and has not since been rediscovered since Police put an end to the institution in an early morning raid. Columbia Mills touch on the 80s synth sounds of New Order and The Cure and fuse them with the 90s indie guitar sounds of The Verve and Primal Scream on a bed of electronic and organic beats a la Massive Attack and LCD Sound System. While you may hear the bands influence's in their music, you will also hear a fresh modern sound that aims to draw the listener into the unique head space that is Columbia Mills. There is little known about the band that seems to have come out of nowhere. Emerging from the wreckage of an economic collapse. Mutterings of previous bands, part time DJs and singer songwriters all adds to the mystery of how the band was formed. Indeed it is unknown how many people are involved in the collective. While it is clear the band have worked hard on their sound it is important to note that underneath the production there are songs of real life, drawing their power from deep personal experience. Nothing is contrived. If you strip the songs down to the bones they will still get under your skin. There is an honesty and an arrogance to the songs. This band have been through the mill and are not afraid to sing about it. Lyrically, subjects touch on urban decay, self-destruction, institutional abuse, family feuds and falling in love with the wrong people. Their music gets into your head, moves you, takes you someplace familiar yet new. Listen up. You’re going to fall hard for this band. www.facebook.com/columbiamillsinfo twitter.com/columbiamills columbiamills.bandca mp.com/ 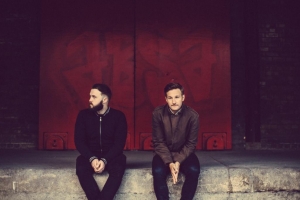