Guitarist Julien Colarossi born in Settefrati (Italy) moved to Ireland in 2007 to pursue his musical career. After obtaining a BA in Jazz Performance in 2011 Julien went off to become one of the most exciting young guitarists to emerge in recent years on the Irish Jazz scene. After recording, writing, arranging, producing and collaborating on more than 20 albums, playing all the major jazz festivals in the country and having been a part of many different original projects, Julien’s sights were now set on bringing his own compositions to life with a vocalist.

Julien invited Gemma Sugrue to sing with his quartet at The International Bar (Wicklow Street, Dublin) last year and the group instantly clicked and Gemma began to make a regular appearance. There was a sense of ease and fun to the music making which enticed the group to capture it on record.

All of the band members have quite eclectic musical tastes and playing styles including the singer, Gemma who is well known as a pop/soul vocalist, lending her vocals to epic dance tunes performed by 2fm's Jenny Greene and the RTE Concert Orchestra where they’ve performed sold out shows at The Three Arena, The Marquee, Electric Picnic and many more.

Gemma is also a well known vocal coach and the business owner of Voiceworks Studio, a chain of vocal coaching centres in Cork and Kerry. She holds a BMus Hons and MA in classical vocal performance but now considers herself a contemporary vocalist exclusively.

The album &#8203;In My Nature takes a traditional jazz approach to the instrumentation and the manner in which it was recorded but there’s no escaping the collective’s broad range of musical influences and individual flair which ebbs and flows throughout the record from standards to original compositions.

The band’s true super power however is in their live performance, from the dynamic and attentive Dominic Mullans on drums to the inventive, exciting and considered bass playing by Barry Donohue to the florid, free-flowing, magical, musical musings of Johnny Taylor on piano. The collective are a conscientious one, allowing space to breath for the singer’s narrative and melody which are expanded upon and really blossom into full technicolour with the spellbinding and thrilling guitar playing from Julien Colarossi. 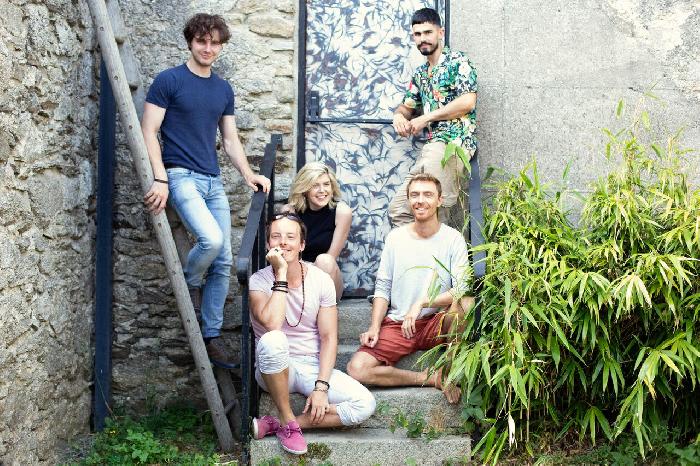