These shows will take place in our heated and covered beergarden.

Socially distanced tables with a minimum of 4, maximum of 6 people per table.

Tickets go on sale direct from the bar at 3pm this coming Thursday ( July 22nd) with any remaining tickets then going on sale online Friday morning at 10am.

This show is part funded with support of the Department of Tourism, Culture, Arts , Gaeltacht, Sport and Media.

earóid Farrelly’s comedy career got off to a flying start when in the space of a few short weeks he was a finalist in the prestigious So You Think You’re Funny? competition at the Edinburgh Festival and winner of Bulmers Nuthin Butt Funny Newcomer competition at the Bulmers festival in Dublin.

A polished live performer, Gearóid’s stand-up appearances for television include Stand & Deliver, Tonight With Craig Doyle and as a guest of Ardal O’Hanlon for Dave’s One Night Stand. In 2012 he made his solo debut at the Edinburgh Festival with his show Turbulence winning a five star review in the process.

He was then invited to support comedy royalty and living legend Joan Rivers for the Dublin dates of her Now or Never tour, following these dates Joan Rivers once again asked him to open for her at one of the largest venues on her UK tour, which was filmed for her reality show.

He recently toured the UK as a support act for Sarah Millican. He is a regular at all major Irish festivals. He toured Ireland many times with Neil Delamere in Ireland.

Gearóid is the host of the popular podcast Fascinated where he chats to people he is a big fan of about their career and work. The series is a must for fans of 90s pop culture. He has interviewed Grammy Winners, Emmy Winners, Oscar Nominees, Eurovision Winners, Tony Winners, Politicians and Olympians. Last summer he interviewed his favourite actress Cagney and Lacey star Tyne Daly on stage at the Galway Film Fleadh.

Recently Gearóid was nominated by the public for a GALA Award (Irish LGBT+ Awards) in the Arts and Entertainment category alongside Graham Norton and Mark Feehily from Westlife. Gearóid will be on tour with his new show Alchemy in 2020.

“To be in Farrelly’s crowd is a joy. Each joke landed perfectly… impeccable comic timing” ***** BROADWAY BABY 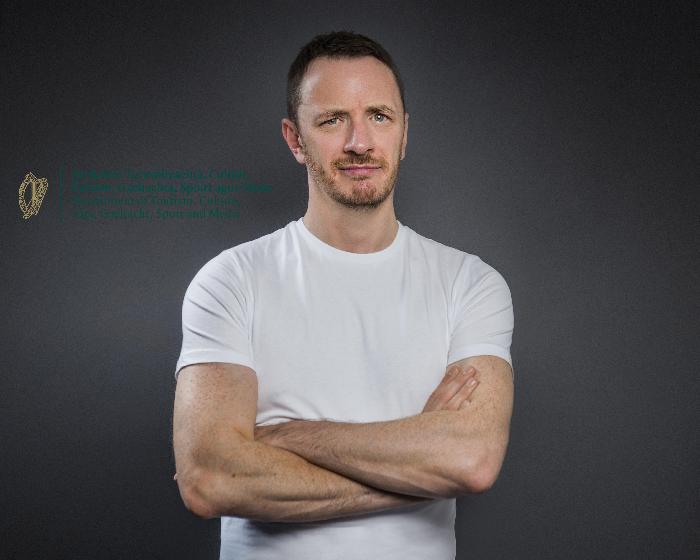