Fixity and His Fathers Voice

FIXITY is an experimental music group led by Composer/Drummer Dan Walsh who is from Cork, Ireland. The tunes are explored in collective improvisation with a fluid cast of musicians from various fields of intrigue.

SInce June 2016 Fixity has recorded consistently with Tenor Saxophonist Emil Nerstrand including a Double LP on Penske Recordings in December 2016 entitled "The Things In The Room", also featuring Guitarist Nils Andersson and Fredrik Persson which was recorded in a single evening at the historic Tambourine Studios in Malmo, Sweden. Since the release of "The Things In The Room" Fixity has continued to expand on questions of the impossibility of stillness and repetition with an increasing network of collaborators and their welcome voices.

Fixity's second LP on Penske Recordings was released in 2019. Entitled "No Man Can Tell" and produced with the Altered Hours’ Patrick Cullen the album features an extended ensemble of Irish and International musicians collectively interpreting Walsh’s compositions by characteristically ambitious and future-focused means.

Alongside these larger scaled releases, Walsh has been producing a series of self titled and numbered solo recordings since 2015 that represent a catalogue of new compositions and personal explorations. FIXITY 7 was released on cassette in late 2021 and Dan is currently working on the next full scale release.

"Defined by its disregard for Parameters."

"The Things In The Room is a deep experience"

"[No Man Can Tell] is a brilliantly loose, shapeshifting record that is quite difficult to compare to anything else, a testament to Walsh and his bandmates’ singular vision"

-”The sound of a polymath at play.”

"Simply exceptional." "One of the great albums of this decade." 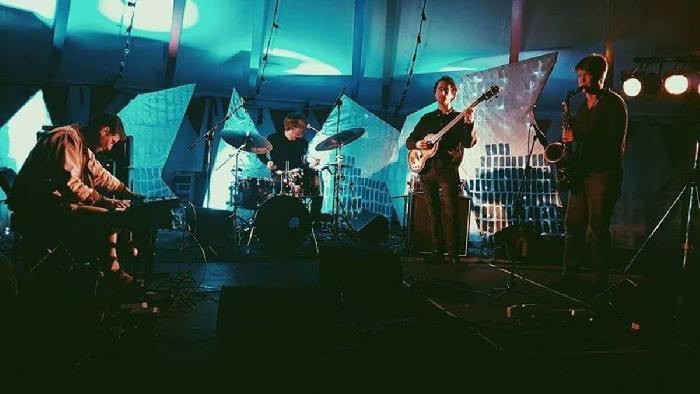