Psych folkstress Elaine Malone, who’s recently released stunning EP ‘Land’ will be joined by the inimitable Sam Clague for a double launch of their respective EP’s at Coughlans Live on November 8th. Tickets 10e on sale from Coughlans/Merakindie.

Elaine Malone is an Irish psychedelic-folk songwriter. Hailing from Limerick, she currently resides in Cork, where she has carved a name for herself as an idiosyncratic songwriter. Her debut EP ‘Land’ has already been receiving incredible reviews with the Thin Air giving it 4 stars, ”Land showcases Malone’s undeniable skills as a storyteller as well as her ear for frank lyrical detail. The quality and variety of sounds and ideas that can be found in these four tracks mark her out as an important new Irish voice that demands close attention.”

“Quite something. But what exactly? Striking, stunning and heartfelt are three words that go some way to encapsulating it.”

Sam Clague is a musician and songwriter from Clonakilty, Cork. He lives and works in Cork City, playing primarily as a jazz guitarist and also his own unique brand of original music. Jazz and folk influences blend together to make a form of kaleidoscopic chamber music, driven by intricate guitar arrangements and accompanied by psychedelic orchestral sounds.

His debut EP “Balloons” was released in 2015 at the Clonakillty Guitar Festival. He plans to release his follow up E.P. at the festival in september this year.

“Sam’s writing is unique. He writes from the heart and creates his own world – his own sound world and lyric world. As well as that his musicianship is beyond reproach – capable of capturing many genres with multi instrumental abilities”

— Carl Corcoran (Former Presenter of The Blue of The Night)

Sam Clague's previous E.P's are set to be rereleased on the Longwave Music Label 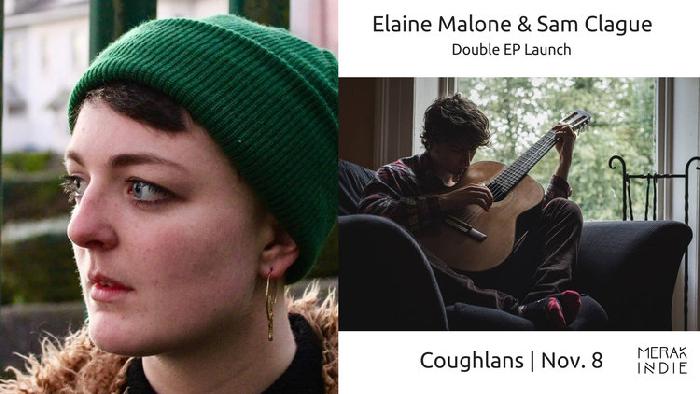