Dermot Byrne Tours to Celebrate 20 Years of Traditional Irish Music since his 1995 Album Dermot Byrne, one of Ireland’s finest traditional accordion players, will tour the country later this year to markthe twentieth anniversary of his solo album 'Dermot Byrne' released in 1995. The album was hailed atthe time and still stands as one of the foremost albums of the genre. For many years a member of Altan Dermot performed, recorded and toured extensively with the group alongwith artists like Donal Lunny, Steve Cooney and Stephane Grapelli, bringing the beauty and joy oftraditional Irish music to audiences all over the world. In other collaborations he has performed withFrankie Gavin, Sharon Shannon, and The Stunning along with many other outstanding Irish andinternational musicians.

For his contribution to Irish music Dermot was chosen as TG4's Traditional Musician of the Year 2013.

For his tour Dermot will be joined by Australian Steve Cooney on guitar and Tyrone man Trevor Hutchinsonon bass. Both Steve and Trevor have impeccable traditional music credentials with extensive touring,recording and performance experience alongside the greats of Irish traditional music. Australian-born guitarist, bassist, producer and didgeridoo player Steve Cooney is one of the most dynamicmodern performers in traditional music. He has played with Stockton`s Wing, Sharon Shannon, SeamusBegley and Sinead O'Connor along with many other groups over the years

Bassist Trevor Hutchinson started his musical career in the late 70s playing electric bass with the innovativeBelfast band, Katmandu. In 1986 he joined The Waterboys and toured with them until 1991. After switchingto double bass he hooked up with Sharon Shannon to launch her solo career. In 1997 along with DonoghHennessy and Sean Smyth he founded the traditional group Lunasa. He has performed and recorded withmany artists over the years including; The Waterboys, Eric Bibb, Liz Carroll, Luka Bloom, Karen Casey,Solas, and De Danann 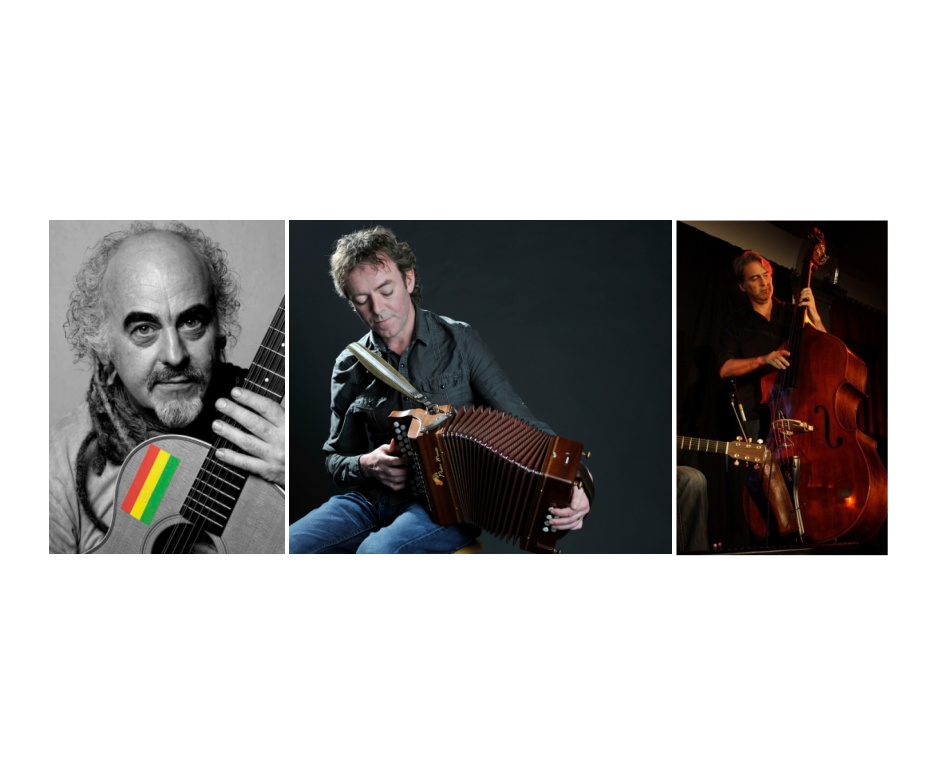