In a small, cluttered room tucked away in Belfast's Oh Yeah Music Centre, Duke Special is conducting a private guided tour of his collection of music memorabilia. There is the fake Styrofoam piano – a stage prop - that hangs from the wall; his vintage collection of 1930s gramophones, which crackle and hiss and visibly light up his face when he winds it up and plays a Glenn Miller record by way of demonstration. The green painting that adorns the cover of his early EP 'Your Vandal' takes pride of place on the wall; a wax cylinder bearing his name and his music sits atop the upright piano; dusty volumes of Seamus Heaney poetry line a bookshelf. "This," he says from behind his dreadlocks, proudly holding an oddly-shaped lump of metal, "is apparently a spur from Alexander the Great's horse. Fiona Shaw gave it to me on the opening night of 'Mother Courage'."

This pokey little chamber full of memories and mementos is where Duke Special, or Peter Wilson as he is known to friends, family and the taxman, concocts the vast majority of his musical alchemy. All items act as signposts, charting a course through his incredibly diverse career - from 'Adventures in Gramophone' to the aforementioned adaptation of Brecht's 'Mother Courage and Her Children' at London's Royal National Theatre in 2009 and beyond. Far, far beyond. Over the last five years alone, he has undertaken musical projects based on the photography of Strand, Stielglitz and Steichen for the New York Met ('Under the Dark Cloth'), written a concept album based on a Paul Auster novel and recorded by Steve Albini ('The Silent World of Hector Mann'), crafted shows based on the music of Harry Nilsson and Belfast legend Ruby Murray, collaborated with Clannad and even had the time for a sideline in DJing by establishing his Gramophone Club. This summer, he'll pen the score for a new musical adaptation of Gulliver's Travels to be staged in Belfast by Youth Music Theatre UK.

Phew. Those who may have had Duke Special pegged purely as a purveyor of vaudeville pastiche at the beginning of his career have been proven very, very wrong.

It's always been about music for Duke Special. Growing up in Coleraine, Downpatrick and Holywood, he was the one "doing my scales in the bedroom" while other kids were kicking around footballs. He dabbled in several short-lived bands in his teens and early twenties but it wasn't until 2002 - when he adopted the moniker of Duke Special - that things began to coalesce on a greater scale.

"I made the decision that I saw myself as an artist," he says, nodding. "I thought 'I'm not going to wait around for a record label to vindicate me. I'm an artist now, and I'm going to start doing that.' That was a hugely liberating thing for me, and that has stayed with me. I feel like it's my trade. It's my vocation."

That self-sufficient mentality has served him well over the years, steering him resolutely through unstable waters with record labels and successful PledgeMusic campaigns (this new album marks the second time that he has successfully used the crowdfunding source) and has led him to the latest juncture in his career. In a way, 'Look Out Machines!' sees Duke Special come full-circle after over a decade of spreading his tendrils across multiple genres and musical projects. It was recorded in Echo Zoo studios in the seaside town of Eastbourne, with producers and old friends Dave Izumi and Phil Wilkinson. "I recorded my first EP there, and a song on my second EP is called 'Regarding the Moonlight in Eastbourne' - so since the inception of Duke Special I've been in Eastbourne on and off," he explains. "A lot of people think it's funny because it's a bit of a retirement town, but there's a faded glory to it all – big old white hotels that people used to go to for their summer holidays."

After several albums of intense periods of isolation and concentration on a specific subject, 'Look Out Machines!' saw Special throw open the door of his writing room and invite a number of collaborators in. Some names are more well-known than others, like Boo Hewerdine (The Bible, Eddi Reader), whom he collaborated with extensively on 'Under the Dark Cloth' and Iain Archer (Snow Patrol); other songs were written with as-yet-unknown songwriters from Belfast and beyond.

"I was deliberately throwing the net really wide and writing with as many people as I can," he nods enthusiastically. "I feel like I'm learning so much, still, as a writer – and a great opportunity to learn is to just throw yourself into this blind date, and say 'OK, we've got three hours and we've gotta come up with something'. I love the trauma of that."

Another major difference between his recent output and this album is the fact that he has placed himself in the first-person with these songs – at least for the most part. The obvious result is a more personal album; if you cock your ear, you'll hear trace of regret on the title track in lines like "Why did we never question things / it beggars my believing", or on Tweed Coats' "Every direction, fallen trees; I used to think it was just me". Yet as vulnerable as he may be, the spectacular 'In a Dive' betrays his inner defiance. "'I refuse a safety net," he croons over a beautiful, elegant piano riff, while the sweeping, elegiac 'Domino' draws the album to a close on a redemptive note.

"Writing songs about your feelings all the time is pretty exhausting, and ultimately, maybe not that interesting - so it was really helpful for me to write about other things," he says of approaching this album in a "less prescribed" manner. "I've done twelve or thirteen different releases now, and every now and again it's important to come back with something that maybe is… well… hummable! Then again, all my songs have always been about regret, love, loss, searching for meaning – and that's what I'll probably always write about, although in different clothes. But it constantly criss-crosses between personal and fictional."

The sense of creative derring-do and openness to all possibilities permeates the musical arrangements, too; it might just be his most eclectic, unexpected release to date. Moving forward, he says, is always the goal.

"I don't want to be sounding like I sounded ten years ago; I want to keep adding to what I've learned, keep developing," he insists with a shy smile. "The risk, of course, is that some people love 'Songs from the Deep Forest', and unless I do something that sounds exactly like that, they'll be disappointed. But for me, as an artist, I love going into different territories and finding things that works for me.

"This album is a photograph of where I am right now; it feels like a kind of gathering-in. I'm not quite sure how to describe it. What's the word where you stay in one place to recharge your batteries, and then you're ready to go again? It feels like that; almost like a little launching-pad." 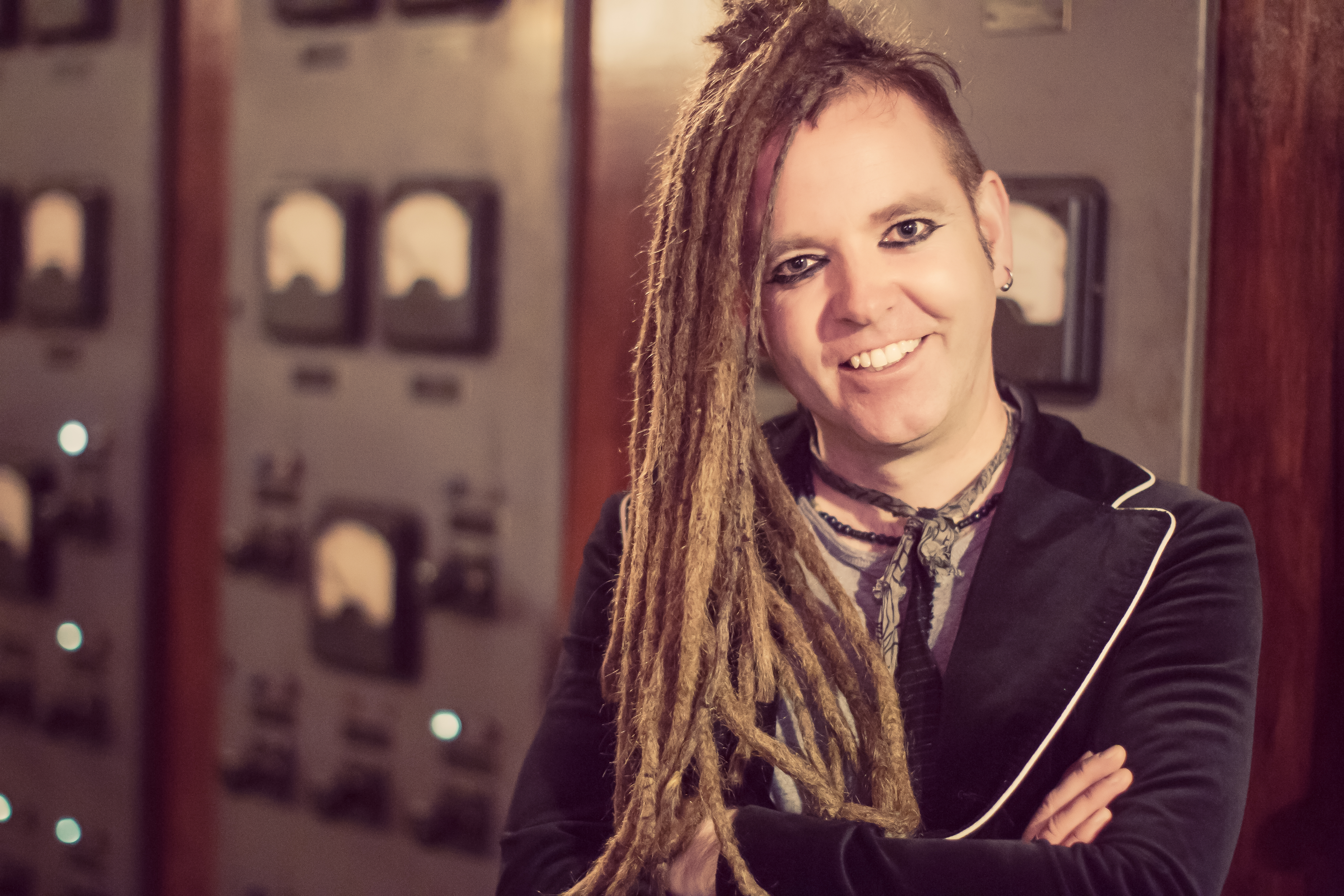